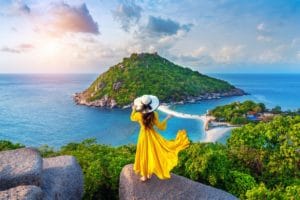 Satoshi Island: the Prime Minister of Vanuatu says yes to the crypto project

Satoshi Island, the private cryptocurrency island, has announced that it has received approval for its crypto project directly from Bob Loughman, the Prime Minister of Vanuatu.

Satoshi Island and the approval of Vanuatu’s pro-crypto leader

Satoshi Island is the crypto project in the South Pacific that announced it has received the blessing directly from Vanuatu’s leader, Prime Minister Bob Loughman.

We are excited to announce that we have received an official endorsement from the Prime Minister of Vanuatu, cementing the government’s support for the project and inviting our community to their new home!

“We are excited to announce that we have received an official endorsement from the Prime Minister of Vanuatu, cementing the government’s support for the project and inviting our community to their new home! #NFTs #crypto #satoshiisland”.

In essence, the Vanuatu government is welcoming the Satoshi Island project and its community to their country, stressing that Vanuatu is looking for new ways to attract investment and people.

Loughman succumbed to temptation after news broke that Satoshi Island had received 50,000 applications for Non-Fungible Tokens or NFTs.

The island aims to become home to crypto projects

The lack of tourism due to Covid-19, has led the paradise archipelago of Vanuatu to evaluate Satoshi Island as a new mode of attraction. In fact, Satoshi Island is selling itself not as a tourist spot, but as the home of crypto projects.

In practice, all those who want to be part of the Satoshi Island community will live in sustainably built houses, in a community organized by DAOs (decentralized autonomous organizations), where ownership is represented by NFTs.

Vanuatu’s approval was commented on by the Satoshi Island team as follows:

“With this full enforcement from the Prime Minister, we can even more confidently show everyone that Satoshi Island is as real as it gets and the kind words of the PM inviting our community to their home could not be a warmer welcome!”

The idea of Satoshi Island is not the first in the world. In the past, the likes of Akon City in Senegal and CryptoLand in Fiji have all failed to have the prosperous future that was promised. For this reason, the Satoshi Island team advises to stay grounded and only turn ideas into reality when everything is in place.

El Salvador and the delayed launch of the volcano bond

If we were to look for another country graced by its leader for the use of Bitcoin, then one can’t help but think of El Salvador with Nayib Bukele who as early as September 7, 2021 officially and publicly began his journey with BTC as the country’s legal tender.

The latest news about El Salvador, however, concerns the “volcano bond”, the government bonds in Bitcoin that, instead of debuting between 15 and 20 March, have been postponed until next September.

Although the demand for volcano bonds seems to be very high, perhaps the delay in the launch is due to the moment of high volatility that Bitcoin is experiencing.

Volcano Bonds will be a revolution in the debt market as we know it today. In fact, having Bitcoin as collateral, guaranteeing a 6.5% yield and promising a 50% dividend after 5 years is a real bet on the price of BTC.

The post Satoshi Island: the Prime Minister of Vanuatu says yes to the crypto project appeared first on cryptodailynews24.com.