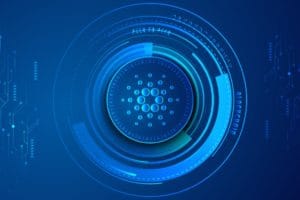 Demand for Cardano (ADA) from institutional investors is growing. This is suggested by the high volume of transactions with amounts in excess of $100,000.

According to data from IntoTheBlock, shared by Charles Hoskinson, transactions over $100,000 have increased 50-fold in 2022 alone.

Yesterday, a total of 69.09b $ADA were moved in these large transactions, representing 99% of the total on-chain volumehttps://t.co/8ME8STvRSF pic.twitter.com/aqH7hYIPiV

Looking at yesterday alone, there were volumes of $69.09 billion on ADA, 99% of which were large transactions.

Nonetheless, Cardano remains highly decentralized, so much so that only 10% of the outstanding supply is in the hands of the so-called “whales”.

News that is increasing interest in Cardano

Cardano is going through a period full of developments. dcSpark, a blockchain interoperability company, has just launched the Milkomeda mainnet. This is an EVM (Ethereum Virtual Machine) compatible sidechain that brings EVM to non-EVM blockchains. Milkomeda has been launched on Cardano, and this will lead to using dApps so far designed only for Ethereum, to be used in conjunction with Cardano. Milkomeda is already compatible with wallets such as MetaMask, where MilkADA can now be added, i.e. “wrapped ADA” that carry ADA beyond the Cardano blockchain.

The Milkomeda team aims to make a number of further implementations that should lead to further growth in the adoption of Cardano.

A new hard fork for Cardano will arrive in June. Vasil hard fork, the name of the update, will lead to larger blocks and higher transaction throughput.

The update was necessary to cope with the increased use of Cardano per DeFi application, as explained on IOHK‘s blog.

Indeed, Cardano currently has a TVL of around $315 million locked in DeFi applications, a staggering growth that has taken place in recent months.

While interest in Cardano is growing, its founder and CEO of IOHK (Input Output Hong Kong, a name that is being rebranded: it will soon be called IOG, Input Output Global), Charles Hoskinson, is currently in Dubai for Binance Blockchain Week.

Among the big players, the founder of Cardano participates in the Binance Blockchain week held in Dubai

In his speech, he emphasized the importance of blockchain for its intermediary role and ability to solve trust issues in transactions, ensuring equality for participants in the system:

“That’s what we do as an industry at the core of our technology whether you’re a bitcoin fan or Ethereum fan a Cardano fan doesn’t matter is this idea of equality and fairness of reciprocity each and every person is treated equally each and every person has the same access to the system as the most powerful amongst us and it’s something that’s often forgotten”.

However, this technology is facing a change: after 13 years since the birth of Bitcoin, today blockchain is used by billions of people. The revolution it has brought, is compared to what the internet has done in the world of information. But now it is the turn of web 3, where decentralization will reign, but where, says Hoskinson, shared rules will have to be given:

If we’re truly decentralized, if we’re truly an open ecosystem, we collectively have to somehow come together and figure this out for ourselves. We have to write some sort of constitution for these things, we have to decide what is the bill of rights for the use of cryptocurrencies and blockchain technology. if you’re here just to make money this technology doesn’t matter means nothing and you’ll lose all the things that make it special”.

We are entering a new era where these technologies, blockchain and cryptocurrencies, will be used by billions of people and will no longer be used to buy just 2 or 3 pizzas.

The choice now is whether to learn from the past and avoid repeating the mistakes made with the advent of the internet, i.e. allowing the emergence of big players such as Facebook or Google, or to remain faithful to the idea of decentralization.

If the blockchain remains faithful to the idea of decentralization, and if its uses are implemented beyond cryptocurrencies, it could change the world.

Charles Hoskinson has no doubts:

“I believe the future will be decentralized”.