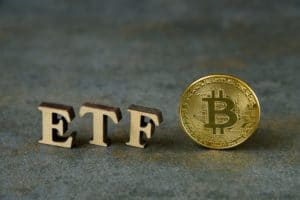 If the SEC refuses to approve its ETF on spot Bitcoin, Grayscale says it is also ready to sue. A final decision is expected by 6 July, but for now there doesn’t seem to be much hope.

This is revealed by Bloomberg citing Grayscale CEO Michael Sonnenshein. Grayscale has long been trying to convert its GBTC fund (Grayscale Bitcoin Trust) into a full-fledged ETF, but the SEC is opposed.

The opposition from the US stock exchange regulator specifically concerns the fact that it would be an ETF based on BTC itself, i.e. collateralized in tokens.

Thus, the Bitcoin futures ETFs authorized by the SEC are in fact indirectly based on spot BTC, and it is hard to see why it should not also authorize ETFs based directly on spot BTC.

The matter is purely technical, as futures ETFs are subject to different rules than spot ETFs, and these seem to prevent the approval of spot Bitcoin ETFs.

Grayscale struggles to convert its fund into a spot Bitcoin ETF

Grayscale has been trying for months to convert its nearly $30 billion fund based on spot Bitcoin into an ETF, and now says it is willing to take legal action against the SEC if it refuses again.

The deadline for the SEC to rule on the request to convert the Grayscale Bitcoin Trust into an ETF is 6 July.

Lawsuits against the SEC: GBTC fund’s value is set to rise

Davis Polk‘s lawyers had already sent a comment letter to the SEC in late November on behalf of Grayscale to support the approval of the spot Bitcoin ETF, without producing any changes.

In addition, a further 2,700 letters arrived at the SEC during the standard 240-day review period for these requests, so much so that Grayscale’s CEO said this was “extremely encouraging”.

GBTC has now been around since back in 2015, giving ample proof over the years of its reliability and security. It is currently trading at a 20% discount to NAV, but according to Sonnenshein, NAV and fund price should converge when it is converted.

Traditional finance and crypto: the encounter will have to happen sooner or later

Moreover, the CEO is convinced that sooner or later a spot Bitcoin ETF will be approved in the US, which is probably why he can’t take no for an answer.

There are also several other such requests from other companies, some of which have already been rejected. This seems to be a battle between the traditional finance and the new cryptocurrency market, which is obviously much more open to innovation and change.

It cannot be ruled out that any new crypto regulations in the US may favour or disfavour this process.

The post Grayscale could sue the SEC if it doesn’t approve its ETF appeared first on cryptodailynews24.com.