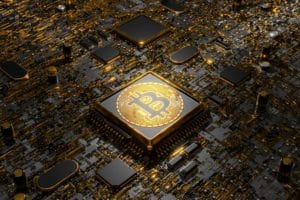 Cryptocurrencies, thanks to their characteristics of disintermediation as well as fast and secure transactions, have shown how they can be a real lifeline even in war situations.

Two days ago, Ukraine’s Ministry of Technological Innovation announced that cryptocurrency donations had exceeded $100 million. This fact convinced the Ukrainian authorities to hurriedly pass a law making transactions and circulation of cryptocurrencies legal in the country, the first case in Europe.

The deputy minister of digital transformation, Alex Bornyakov, hinted that this could be just the first step towards a transformation along the lines of El Salvador where Bitcoin became legal tender on 7 September 2021. Indeed, the following was stated:

On the other front, some experts point out that Russia may be using cryptocurrencies to try to circumvent the tough sanctions imposed, or at least limit their scope. In the days following the outbreak of the conflict, there was a boom in exchanges between the rouble and Bitcoin in the country.

Not just a military confrontation: Russia and Ukraine are contributing to the use of crypto for their own purposes

Last Thursday, the deputy energy minister of the Russian Federation, Evgeny Grabchak, spoke openly about the need for his country to legalize cryptocurrency mining as soon as possible. Two days earlier the Russian government had floated the idea that it could also accept payments for gas and oil supplies in Bitcoin.

Both Russians and Ukrainians are looking with increased interest at cryptocurrencies as a safe tool to deal with the extreme hard times caused by the war, as explained in a recent interview by a young Ukrainian entrepreneur Alex Obchakevich:

“The perception of cryptocurrencies is positively entrenched in the minds of Ukrainians. In countries with unstable economies, Bitcoin will always attract attention because it allows people to feel financial freedom”.

These words are actually confirmed by the data on cryptocurrencies in the Ukrainian country, which were already widespread before the conflict with Russia. According to the latest Global Crypto Adoption Index, the country ranks fourth in the world in cryptocurrency adoption.

How to get around the collapse of the local currency, the ruble

On the other hand, with the ruble’s collapse of over 30%, it became apparent that Bitcoin could be a viable alternative to a free-falling national currency. Last December, Russia’s central bank successfully concluded the first tests on a new digital currency, which it sees as a valuable tool for reducing its dependence on the strength of the US dollar.

A bill to regulate the cryptocurrency sector has been submitted to the Duma in recent days, and one of the parliamentarians who promoted the bill, Aleksander Yakubovsky, told the press:

“Russian miners will not leave the market. In September last year, Russia ranked third in terms of technical capacity, mainly in the Bitcoin (BTC) domain. This is a huge amount of power. So we have all the resources we need. This includes creating our own exchanges, using payment gateways and other platforms”.

The post Cryptocurrencies withstand the heavy impact of war appeared first on cryptodailynews24.com.