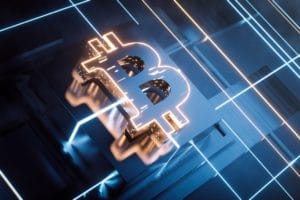 The mass adoption of Bitcoin seems to be getting closer and closer, which is probably why attacks against the first cryptocurrency have been intensifying lately.

This is speculated by the CTO of Bitfinex and Tether, Paolo Ardoino, in a tweet published today.

#bitcoin is the hill on which many are ready to die.
We're really close to multiple nations adopting bitcoin, so attacks are obviously intensifying.

Ardoino says that Bitcoin is now “the hill on which many are ready to die”, perhaps referring to those who insist on fighting its spread in vain.

He points out that we are now in a phase where entire nations are adopting Bitcoin, and this brings into play forces that multiply attacks to try to stop it.

Such attacks have lately been coming from both the EU and the US, though to be honest so far it doesn’t seem to be having much effect.

The problem is that Bitcoin is perceived by many as a competitor and alternative to the current financial system, and in particular to fiat currencies, when in fact, as the case of El Salvador clearly demonstrates, it is not.

In El Salvador, after Bitcoin was declared as legal tender as the US dollar, there was no upheaval either to their financial system or to the use of the US dollar.

Bitcoin simply added functionality to the traditional financial system that it did not have, and could never have had since it was based solely on centralized protocols and infrastructure.

Bitcoin and dollar united for a better financial system

Instead, many defenders of the traditional financial system are afraid that Bitcoin will disrupt it, and therefore try to oppose its spread.

But it is all useless, because Bitcoin continues to spread and most probably this historical process has now reached an irreversible phase.

Just think of China, where the authoritarian regime has decided to impose a ban on the use of cryptocurrencies, while apparently some citizens continue to use them.

From a technical point of view, Bitcoin is an unstoppable protocol: as long as there are people who want to use it, there is no way to stop them. At best one can try to convince them not to, but Bitcoiners are very unlikely to be convinced.

The mass adoption of Bitcoin, which has now begun, seems to be an inevitable path, so to go against it could only mean to end up “dying on the hill” of the last strenuous defenders of the traditional pre-Bitcoin financial system.

In light of this, those in the EU and the US who would like to oppose it only risk being on the wrong side of history with a capital S, because the hill Ardoino refers to has most likely already been conquered by Bitcoin. The sooner this is accepted, the sooner people will stop carrying on useless battles against something that has already happened.