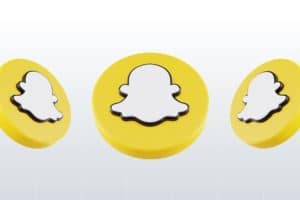 A few months ago, Snapchat launched a new feature linked to sign language, a very curious initiative of Snap, the company that owns the social network, and it was promoted during the night of the Oscars.

Snapchat arrives at the Oscars with its new feature

During the live broadcast of the Academy Awards, the social network aired two commercials promoting its new Fingerspelling Lenses feature.

This is a new feature that allows people to learn sign language through AR lenses.

Fingerspelling Lenses have been available on Snapchat since last year, and show users how to “fingerspell” in American Sign Language.

The new features were designed using feedback and advice from the company’s deaf and hard-of-hearing employees, but also using artificial intelligence and computer vision technology developed by Hungarian startup SignAll. The internal Snap team that worked on this project is led by Lab software engineer Jennica Pounds, who is herself deaf.

SignAll has developed a proprietary technology specifically for deaf and hard-of-hearing people that allows them to track hand movements to translate sign language into spoken language. This means that even people who do not know sign language can converse with those who do.

Thanks to Snapchat’s Fingerspelling Lenses, users can learn to express their names, as well as common words such as “love”, “hug” and “smile”, with their fingertips.

Thanks to the new Snapchat feature, anyone will be able to understand sign language

During the Oscar ceremony, Snap took the opportunity to promote this feature, inspired by two films in the competition that deal with disability: the film CODA and the documentary Audible.

In particular, the latter is a Netflix documentary centred on a group of teenagers from Maryland who compete on the football field with an unprecedented series of victories for the team.

The main character has lost his hearing after falling ill with meningitis as a child, and not all of his family is fluent in American Sign Language. This makes him feel partly disconnected from his family.

The Snap commercials are directed by the duo ‘The Mercadantes’, which includes Katina Mercadante who is fluent in sign language.