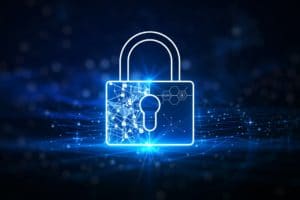 Russia’s famous antivirus software company, Kaspersky, has been blacklisted by the United States as a security risk.

Anti-malware provider Kaspersky Lab has been blacklisted by the US Federal Communications Commission, responding in turn with an official statement. This decision was taken by the US government as a sanctioning and defensive measure after Russia’s attack on Ukraine.

The Russian company has been blacklisted as a technology supplier on a par with Chinese companies (such as Huawei and Zte). For this reason, it will no longer be able to benefit from the subsidies that the government provides to public administrations (amounting to about 8 billion dollars) to improve IT security systems. On Thursday, the FCC itself had blacklisted the two Chinese telephone operators China Telecom and China Mobile.

“This is a measure that will help the United States protect its networks from threats posed by Chinese and Russian state-owned entities that engage in espionage and harm America’s interests. We play a critical role in protecting our nation’s communications networks, and keeping the list up to date is the best way we can do just that”.

In fact, back in 2017, by decision of then US President Donald Trump, the federal government had called on all public administrations to replace the Russian company’s software from their computer systems, which could face serious image problems more than economic ones.

Europe agrees with the decision

More worrying, however, could be the decision taken by Rome and Berlin, which in recent days have defined Kaspersky’s antivirus software as potentially dangerous for national security.

A note from the Italian national cybersecurity agency reads:

“It is necessary to consider the security implications arising from the use of IT technologies provided by companies linked to the Russian Federation. Among the technologies at risk, information security technologies are of particular importance due to their high level of invasiveness with respect to the systems on which they operate”.

While the German BSI (intelligence agency) explicitly cites the company as dangerous for the country’s IT security. In a statement, the BSI urges public and private companies to remove any software from the Russian company from their computer systems. Specifically, it states that:

Founded in the late 1990s by Eugene Kaspersky, the company produces one of the most widely used security systems for PCs in our public administration, and is also widespread in the private sector. The company is headquartered in Moscow, and although it has repeatedly reassured that it has no ties whatsoever with the Russian government, it is nevertheless in danger of suffering a major economic blow.