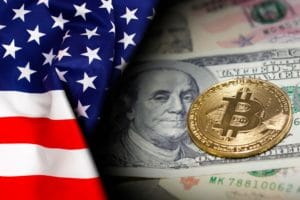 Janet Yellen: cryptocurrencies may have benefits

Cryptocurrencies have grown by leaps and bounds, and despite the scepticism that remains, they can be healthy for innovation, US Treasury Secretary Janet Yellen told CNBC’s Squawk Box.

The US Treasury Secretary admitted to journalist Andrew Ross that cryptocurrencies have made huge strides:

“Well crypto is obviously grown by leaps and bounds and it’s now playing a significant role not really so much in transactions right but in investment decisions of lots of Americans”.

That’s why, she added, President Biden in recent weeks signed an executive order to establish regulation of the sector.

However, she remains sceptical, so much so that when asked specifically, she replied:

“I have a little bit of skepticism because there are I think valid concerns around it, some have to do with financial stability, consumer investor protection, use for illicit transactions and other things. On the other hand there are benefits from crypto and we recognize that innovation in the payment system can be a healthy thing we would like to come out eventually with recommendations that will create a regulatory environment”.

Basically, for the first time in some time, even Janet Yellen finally acknowledges that cryptocurrencies don’t just have the downside of being used for illicit business (as is also the case with the dollar in reality!), but may result in benefits for the economic system.

Future regulation of the crypto sector in the US

The Treasury Secretary’s words confirm President Biden’s intentions when he issued his executive order on cryptocurrencies: to create a regulatory environment that protects investors, curbs malfeasance, allows the industry to grow, and allows the US to remain a leader in innovation.

This can only happen if there is a regulatory framework in place that is unhindered by obstacles that distort the industry or bring it to a standstill.

Certainly, the US is aware that there is a global challenge to innovation in investment and transactions. The fact that Russia itself wants to use Bitcoin to receive payments for gas and oil supplies has indicated to the US that it cannot stand idly by.

The innovation train must be boarded as soon as possible. This is imperative given the industry’s growth “in leaps and bounds”, which by 2021 was estimated to be worth $3 trillion.

The post Janet Yellen: cryptocurrencies may have benefits appeared first on cryptodailynews24.com.