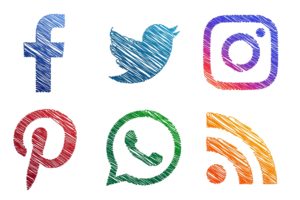 Elon Musk wants to create his own social network

Elon Musk may soon create his own social network. The rumour comes directly from the CEO of Tesla, who responded to a tweet from a user.

Elon Musk: I may start my own social network

The question came from Pranay Pathole, a computer developer who has become, in a way, a “friend” of the CEO of Tesla, considering that tweet exchanges between the two are not uncommon.

Would you consider building a new social media platform, @elonmusk? One that would consist an open source algorithm, one where free speech and adhering to free speech is given top priority, one where propaganda is very minimal. I think that kind of a platform is needed.

As the tweet states, Elon Musk was asked whether he was considering building his own social media platform, perhaps with an open source algorithm and where the imperative is freedom of speech with little propaganda. Because, says the IT developer, there is a need for such a social media platform.

“Am giving serious thought to this”.

The social network with freedom of thought

This is what many users have complained about, even though a distinction must be made between free speech and hate speech. This is why some have asked what problems Musk had with Twitter to the extent that he felt the need to create a new social network.

The fact is that the world of social media is monopolized by a few big players, which are Meta (which includes Facebook and Instagram), Twitter, TikTok, LinkedIn and a few others.

These platforms have policies with which they are able to close and block profiles that do not comply with these rules, perhaps on the charge of spreading hatred or false news.

It is no coincidence that Russian media channels have been blocked on major social networks to prevent them from spreading propaganda. Isn’t that censorship?

One might wonder whether Elon Musk’s social network might have room for RT or Sputnik, two of the main Russian news channels, which are blocked on other social networks.

What is certain is that Elon Musk is not the only one who wants to create a new social network. For example, Donald Trump has also recently launched his own “Truth”, a social network with which he aims to combat the power of the very people who censored him, deleting his accounts after the Capitol Hill attack. Truth is currently only available in the United States.

There are also other social networks built on blockchain, including Voice, built on EOS. Furthermore, DeSo Protocol is building a social network that, according to the team, has the very characteristics required by Elon Musk.

In short, there is no lack of choice, and having more channels of expression will guarantee freedom for all.

The post Elon Musk wants to create his own social network appeared first on cryptodailynews24.com.