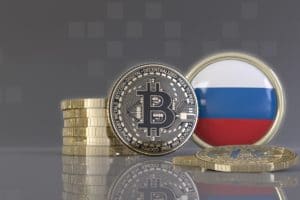 Deputy Energy Minister Evgeny Grabchak has stated that it would be appropriate to legalize Bitcoin mining in Russia.

Russia wants to open up to Bitcoin mining

Deputy Energy Minister of the Russian Federation Evgeny Grabchak has told the Russian news agency Tass that his country should seriously consider passing legislation in favour of cryptocurrency mining. Indeed, Grabchak states that:

“The legal vacuum makes it difficult to regulate this area and set clear rules of the game. This legal vacuum needs to be [eliminated] as soon as possible. If we want somehow to get along with this activity, and we have no other options in the current reality, we must introduce legal regulation, adding the concept of mining to the regulatory framework”.

This statement actually does not come as a surprise in a country that is facing harsh sanctions imposed by the international community and is seriously thinking about digital currencies in order to curb the consequences they are having on the country’s economy.

Possible solutions to the ruble’s devaluation

The collapse of the ruble and the difficulties in honouring bond maturities by both the Russian state and Russian companies has prompted the country to even consider accepting cryptocurrencies as payment for gas and oil supplies.

Clearly, Grabchak’s clear goal is to make Russia a hub for cryptocurrency mining, especially in light of China’s ban on all crypto-related activities last year.

The fact that cryptocurrencies are disintermediated means that they theoretically escape the control of any central institution. Having the ability to mine cryptocurrencies on its own territory could give the country a competitive advantage over other countries and provide a quantity of digital currencies with which to possibly circumvent or at least reduce the weight of sanctions.

It is no coincidence that according to Glasnode’s data, Russia has seen significant growth in the use of cryptocurrencies in the days following the outbreak of the conflict. According to a government report, the Russians own more than 11% of the world’s total amount of the cryptocurrency, i.e. about 240 billion dollars.

On the other hand, President Putin himself declared two months ago that mining could be a profitable option for a country rich in raw materials like Russia.

Following the Chinese ban, Russia became a favourite destination for Bitcoin miners fleeing from China, which was home to about 65% of the total Bitcoin mining factories.