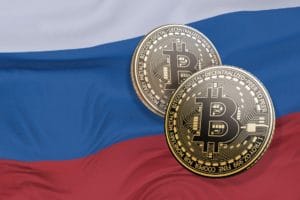 To cope with the collapse of the ruble and the sanctions imposed, Russia is considering accepting Bitcoin as a means of payment for gas and oil supplies.

After proposing that gas and oil should be paid for in rubles by countries purchasing the country’s energy supplies, triggering a reaction from the European community which called the proposal a blatant violation of existing contracts, Russia may now propose Bitcoin as a means of payment for gas and oil.

Russia thinks of Bitcoin as a means of payment for gas and oil, to cope with the sharp devaluation of the ruble

Pavel Zavalny, who heads the Russian Duma’s energy committee, said on Thursday that the country is exploring alternative ways to receive payments for energy exports. Indeed, he states that:

“We have been proposing to China for a long time to switch to settlements in national currencies for roubles and yuan. With Turkey, it will be lira and roubles”.

In the same speech he also explicitly mentioned the possibility of using alternative payments such as Bitcoin.

According to some analysts, accepting cryptocurrencies under these conditions could be a big advantage for Russia. David Broadstock, senior researcher at the Energy Studies Institute in Singapore states that:

“Russia is very quickly feeling the impact of unprecedented sanctions. There is a need to shore up the economy and in many ways, Bitcoin is seen as a high growth asset”.

At the same time, however, according to the expert, the great volatility of Bitcoin’s price and the fact that the use of cryptocurrencies is banned in China, one of Russia’s main trading partners, would pose a great risk.

On the other hand, it is at least since 2014, the year of the first sanctions imposed due to the annexation of Crimea, that Russia has been trying hard to untie itself from the dollar. And cryptocurrencies could offer the country a viable alternative to create an alternative payment system to the traditional one that continues to be fundamentally centred on the US dollar. In February, an initial bill to regulate the crypto sector was presented in the Duma. In November, the Central Bank announced the first tests on a new digital rouble, which some experts believe could accelerate this year due to the outbreak of war.

In the past, President Putin had also spoken positively about cryptocurrencies, describing Bitcoin mining as a worthwhile activity.

According to Nic Carter, co-founder of Coin Metrics, Russia is looking to diversify its payments into currencies other than dollars, including digital currencies, due to its large oil and gas exports. Carter said:

“They have something the world needs. Russia is the No. 1 exporter of natural gas globally”.

But Russian citizens could also use cryptocurrencies for payments and to somehow avoid the harsh sanctions imposed on the country and the subsequent collapse of the local currency. Brian Armstrong, CEO of Coinbase, said in recent days:

“Some ordinary Russians are using crypto as a lifeline now that their currency has collapsed”.