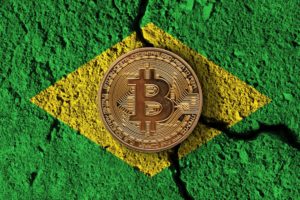 Rio de Janeiro: taxes will be payable in crypto from 2023

Rio de Janeiro has announced that from 2023, residents of the city will be able to pay property taxes from the Imposto sobre a propriedade predial e territorial urbana (IPTU) using cryptocurrencies.

At the same time, Binance CEO Changpeng Zhao o CZ announced that he will open an office in the Brazilian capital to support the cause.

According to reports, residents of the city of Rio de Janeiro will be able to pay property tax, called IPTU, using cryptocurrencies starting next year.

In this regard, the mayor of Rio de Janeiro, Eduardo Paes said:

Chicão Bulhões, Rio’s secretary for economic development, innovation and simplification, who is also involved in the CryptoRio project, also commented as follows:

“We want to transform Rio into the technology and innovation capital of the country. With this step, we remain at the forefront and show the world that the city is open to investment in the sector. In addition to already having a strong ecosystem in the crypto asset sector, the city has great potential to grow even more, thanks to the large number of universities and research centres installed here. The world of cryptocurrencies is another important segment with great potential to further develop Rio’s economy in this area of innovation and technology”.

Rio de Janeiro: CEO of Binance to open a new office in the Brazilian city

Binance CEO Changpeng Zhao, or CZ, who announced that he would open an office in Rio de Janeiro, supports the initiative in the Brazilian capital.

CZ’s promise was published on the social network of crypto-lovers, Twitter.

9 days ago, I made a handshake deal with mayor @eduardopaes. Rio De Janeiro will accept crypto for tax payments, and @Binance will open an office in Rio. He's done his part. We are working on ours. https://t.co/HPJONtBfQ8

“9 days ago, I made a handshake deal with mayor @eduardopaes. Rio De Janeiro will accept crypto for tax payments, and @Binance will open an office in Rio. He’s done his part. We are working on ours”.

Rio de Janeiro, not only wants to be the first Brazilian city to embrace crypto payments, but also plans to embrace governance policies based on Non-Fungible Tokens (NFT) in various markets including arts, culture and tourism.

Not just crypto, Brazil also focuses on the world of NFTs to exploit its full potential

AAVE selected by the Central Bank of Brazil

Earlier this month, the Central Bank of Brazil or Banco Central do Brasil (BCdB) published a list of nine projects selected to be monitored for the creation and development of the Real Digital CBDC. Aave is among these projects.

Basically, among the use cases of the Lift Challenge Real Digital, Aave was selected as that DeFi project that collects assets from multiple savers (forming a pool of liquidity) with a focus on offering loans, ensuring compliance of these operations with the rules of the financial system.

To date, however, it is still too early to talk about a CBDC in Brazil, while it is a fact that Bitcoin and crypto have been spreading in the country for a long time.

The post Rio de Janeiro: taxes will be payable in crypto from 2023 appeared first on cryptodailynews24.com.