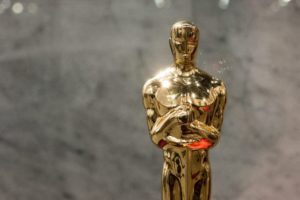 Crypto.com at the Oscars with a spot for Ukraine

Crypto.com made an appearance at the Oscars last night at the Dolby Theatre in Los Angeles.

Crypto.com at the Oscars with a spot for Ukraine

The spot aired last night was announced by the popular exchange on its official channels. In contrast to what happened during the Superbowl, which featured a commercial for the “Fortune Favors the Brave” campaign with Lebron James, this time Crypto.com wanted to encourage donations in support of Ukraine.

The spot on the night of the Oscars is in fact a fundraising campaign to support the International Red Cross and Red Crescent in helping the Ukrainian people, who have been devastated by the Russian attack.

The International Red Cross and Red Crescent is one of the most important humanitarian movements in the world.

The commercial is 30 seconds long and does not show cryptocurrencies at all. There are no other images either. It is a black background in which this text alternates:

In Ukraine, the basics are now essentials.

We’re matching donations to alleviate the humanitarian crisis in Ukraine

Crypto.com is aiming to raise $1 million, having already donated another $1 million to the same organization. Donations can be made in cryptocurrency, or by paying with fiat currency directly on the Red Cross and International Crescent website.

Alternatively, it is possible to buy NFTs from “The Art of Giving” collection, works created by Crypto.com with 33 independent artists.

Proceeds will be used by the Red Cross and Red Crescent to purchase food, water, medicine and other necessities for the Ukrainian people.

This time it was for a charitable cause, but by now Crypto.com has become a regular at big events.

Perhaps this is one of the first times the exchange has approached the world of cinema. It did so in style, on the night of the Oscars, when the most coveted awards are handed out to actors, directors, and anyone who is involved in cinema. Whereas it is now a well-known reality in the world of sports.

It had been the protagonist during the Superbowl, with the commercial with Lebron James. But Crypto.com is also featured in Formula 1 races. In addition, it will be a sponsor of the upcoming 2022 World Cup in Qatar. Moreover, it has branded the Staples Arena in Los Angeles, which has now become the Crypto.com Arena.

The exchange, thanks in part to prominent endorsers and a careful marketing campaign, is definitely making inroads with the goal of becoming mainstream.

The post Crypto.com at the Oscars with a spot for Ukraine appeared first on cryptodailynews24.com.