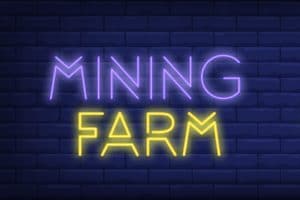 Unicredit loses in court the first round of a lawsuit brought by a Bitcoin mining company in Bosnia, seeking €131 million in compensation.

Problems continue for the Italian bank in its troubled relationship with Bitcoin and cryptocurrencies as a whole, after the decision of a Bosnian court in December to uphold the appeal of a local Bitcoin mining farm, which sued the institution of Palazzo Cordusio for the closing by its subsidiary Banja Luka in Bosnia, of some accounts in the company’s name. According to judicial sources, the appeal to the courts would refer to the damage that the closure of the company’s accounts would have caused to its business and to the ICO launched in Bosnia.

Unicredit has made it clear that it has appealed the decision of the court in Banja Luka, judging the accusations to be absolutely specious and without foundation, as stated in a note from the bank:

“Following the allegedly unjustified closure of its current accounts by Unicredit Bank a.d. Banja Luka, a subsidiary of the parent company Unicredit in the Serbian Republic of Bosnia and Herzegovina. Bitminer alleges that the closure of its accounts would have hindered its Initial Coin Offering (ICO) in relation to a startup project in the field of cryptocurrency mining with renewable energy in Bosnia and Herzegovina”.

The balance sheet of Unicredit’s Bosnian subsidiary shows how the €131 million that the Bosnian company is asking for as compensation on a purely precautionary basis has already been set aside, pointing out the ruling as:

“It is not final, nor binding, nor enforceable. Ucbl’s eventual liability will only be determined upon the final outcome of all available procedural remedies and, in any event, not before the filing of a final and binding judgment by the court of appeal”.

The company suing the bank is Bitminer Factory d.o.o Gradiska, which is the local branch of a company based in Sesto Fiorentino, which describes itself as the largest mining factory in the world, and which is said to have transferred a large part of its operations to Bosnia for its low energy tariffs.

Unicredit and the stormy relationship with the crypto world

The Bosnian case is not Unicredit’s first misadventure with cryptocurrencies. In January, the bank tweeted that its policy prohibited its account holders from dealing with counterparties that issue virtual currencies or act as trading platforms. The tweet caused an uproar of controversy among account holders, who were furious at what they saw as the bank’s absurd stance against cryptocurrencies.

Unicredit tries to block crypto investments by its account holders

One account holder had even placed a wreath of flowers outside a bank branch in Catania, while an avalanche of negative comments from bank customers forced the bank to make an immediate turnaround.

A few days later, another tweet from the bank’s customer service department clarified the meaning of its previous message, stating that, although the bank did not invest in cryptocurrencies, it did not inhibit its customers from making such investments, nor did it have any intention of closing its accounts.

The ruling in Bosnia, if upheld on appeal, could indeed show that the Bank would have actually closed some accounts precisely because of investments in cryptocurrencies.