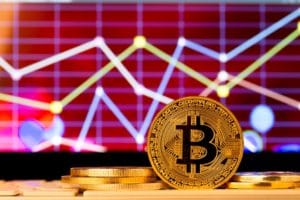 Bitcoin above the $ 45,000 resistance after two fakeouts

After two failed attempts, Bitcoin’s price finally managed to break through the $45,000 resistance

These two fakeouts occurred at the end of the first ten days of February and then again in early March.

In both cases, the upward breakout of the $45,000 mark was short-lived, as the price immediately bounced back down. Moreover, after the first fakeout the price went back as high as $34,000, on the day of the beginning of Russia’s invasion of Ukraine.

The movement of Bitcoin in the last two weeks

This time, however, it was different.

The two previous failed attempts had been triggered by sudden sharp rises of about five days, which probably did not have enough momentum to push the price of BTC permanently above $45,000.

This time around, however, the rise has been going on relatively steadily for 13 days, with a long sequence of intermediate resistance breakouts.

In particular, the price has been above $43,000 for four days now, waiting for the right impulse to break through the resistance at $45,000.

Not only was this a very strong surge, but it came after a steady 17% increase over twelve days.

Bitcoin hits new highs in the past two weeks

It is therefore not surprising that within an hour a second impulse arrived that took the price of BTC above $47,500 in three hours.

Now the price is back to just below $47,000, but the $45,000 resistance seems to be breached for now. It remains to be seen if the current level will be confirmed in the coming hours or days.

It is worth noting that the large purchases of BTC for the collateralization project of the stablecoin from the Terra ecosystem, namely UST, are continuing. In fact, almost $200 million was added yesterday in just one day, bringing the value of BTC purchased so far to over $1.3 billion.

At a time when the supply of Bitcoin on exchanges is very low, these purchases are probably enough to drive up the price significantly.

According to the statement, at this stage, the purchases are expected to continue until the figure of $3 billion in BTC purchased has been reached, with the overall plan being to reach $10 billion over time.

Should this actually happen, further price increases can be expected, although this will only be achieved if the general market situation remains as it is. However, should the supply of BTC on exchanges increase, growth could be slower, more limited, or might even reverse.

The post Bitcoin above the $ 45,000 resistance after two fakeouts appeared first on cryptodailynews24.com.