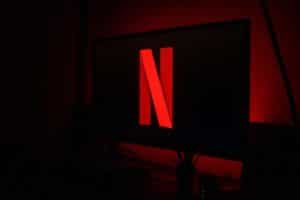 All set for launch of new Netflix docuseries about QuadrigaCX

The long-awaited documentary on the story of Gerald Cotten, the founder of the QuadrigaCX exchange who allegedly swindled his customers out of hundreds of wallets worth around $250 million in cryptocurrencies, is now close to being released on Netflix on 30 March.

“Trust No One: The Hunt For The Crypto King”, the Netflix docuseries about QuadrigaCX

“Trust No One: The Hunt For The Crypto King”, the title of the series, will attempt to shed light on a very mysterious and controversial story with dramatic implications, considering Cotten’s sudden death on 9 December 2018 from complications resulting from Chron’s disease, which occurred in India, during his honeymoon with his new wife Jennifer Robertson.

According to the defrauded clients, who have opened a class action lawsuit and hired private investigators to investigate, the death was just a set-up to disappear with the clients’ millions in some remote tax haven.

The series retraces the exploits of a group of defrauded users who become detectives to try to shed light on the affair and clarify the many mysteries still surrounding the man’s untimely death. Shortly before his death, Cotten had written a will in which his new wife was listed as the sole beneficiary.

Gerald Cotten, the CEO of QuadrigaCX

Other Netflix series about cryptocurrencies

But this is not the only Netflix series dealing with the world of Bitcoin and cryptocurrencies, and specifically the scams linked to them.

In 2022, the American streaming video company has announced the release of a series about the exploits of another diabolical pair of hackers, Heather Morgan and Ilya Lichtenstein, who in 2016 managed to steal 120,000 Bitcoin from the Bitfinex exchange for a current value of more than $5 billion.

The two were arrested by the FBI on 8 February after the woman tried to move a large amount of Bitcoin from a “dormant” wallet to another wallet in her name.

The popular video streaming platform described the couple’s story and their adventurous heist as one of the most significant fintech crimes in the history, not just of cryptocurrencies. The documentary will be directed by renowned American filmmaker Chris Smith, while Nick Bilton will serve as co-executive producer.

The post All set for launch of new Netflix docuseries about QuadrigaCX appeared first on cryptodailynews24.com.