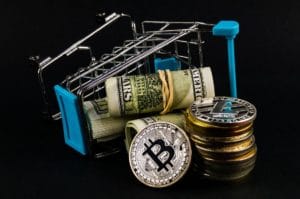 The effects of Biden’s executive order on cryptocurrencies

Swiss firm Numbrs Personal Finance AG has conducted research into the consequences of Biden’s executive order on the cryptocurrency sector. The conclusion is that the US president’s political act has had encouraging effects and will ultimately unlock Bitcoin’s potential.

The effects of US policy on the crypto sector

According to the survey, this move on the part of the US was highly anticipated and had positive effects in that, through the use of measured and balanced language, it pushed the accelerator on words such as competitiveness and innovation, along with the need to protect consumers, curb illegal activities, and preserve financial stability. This in fact led Bitcoin to rise in price.

The point is that the executive order cleared the field of any doubts about a crackdown on the sector by US policy. After all, Treasury Secretary Janet Yellen’s words had implied that crypto should be regulated and in a sense controlled.

The executive order goes in this direction, but with the aim of making the US a leader in the sector. Therefore, Numbrs argues that:

“A coherent and transparent regulatory framework will undoubtedly attract more institutional capital into the sector and prevent seemingly arbitrary rulings such as those the SEC imposed on Coinbase last year. Reasonable regulations will also be an improvement on last year’s infrastructure bill”.

The executive order also opens the door to a future CBDC, but on this issue, Numbrs is more cautious:

“These latter efforts will have to be monitored closely. As we have argued elsewhere, CBDCs pose a serious threat to individual liberties”.

According to Numbrs, the executive order will unleash the full potential of Bitcoin:

“The Biden administration’s executive order is a welcome leap forward. It will regularise the industry from a legal perspective, while recognising its immense importance. A resulting clear and balanced legal framework will open the floodgates to more institutional capital and greater consumer adoption. We are still at the very beginning of Bitcoin’s transformative potential”.

The executive order on cryptocurrencies was signed on 9 March. The crypto sector enthusiastically welcomed the news.

Certainly, the executive order will give the sector a clear framework in which lawsuits with the SEC, such as the one Ripple is facing, or arbitrary decisions, which Coinbase has suffered, will no longer be an eventuality to be feared.

This could ultimately give the sector the momentum it has been waiting for.

The post The effects of Biden’s executive order on cryptocurrencies appeared first on cryptodailynews24.com.