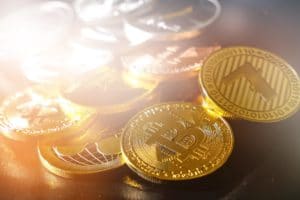 BlackRock is the largest investment firm in the world. It is headquartered in New York and manages total assets of more than $10 trillion. Yesterday, CEO Larry Fink sent an open letter to shareholders in which he also talked about digital currencies.

In particular, talking about the implications of the Russian invasion of Ukraine on companies, states and clients of the company, he dedicated an entire paragraph to digital currencies.

The paragraph is dedicated to the potential of this scenario on the acceleration of the use of digital currencies.

Fink argues that the war will push some countries to re-evaluate their currency dependencies, not least because, even before the war, several governments were looking to play a more active role in the development of digital currencies and related regulatory frameworks.

The BlackRock CEO is probably referring not only to CBDCs, i.e. digital currencies issued directly by central banks, but also to possible alternatives to the dollar as a global currency.

The advantages of digital currencies

Specifically, Flink cites the Fed’s recent initiatives to examine the potential implications of issuing a natively digital version of the dollar itself, but also a hypothetical new global digital payment system that, if carefully designed, could improve the settlement of international transactions, while also reducing the risks associated with money laundering and corruption.

“As we see increasing interest from our clients, BlackRock is studying digital currencies, stablecoins and the underlying technologies to understand how they can help us serve our clients”.

There are already large US financial companies that have issued their own stablecoin tokens, while a few days ago an Australian bank was reported to have issued a stablecoin pegged to the Australian dollar for the first time.

In the letter, Fink also argued that the invasion of Ukraine is reshaping the world economy, greatly limiting globalization. The consequence could be a further rise in inflation.

He does not specifically mention Bitcoin and cryptocurrencies, but his reasoning seems to implicitly include them.

At this point, after the significant entry of Goldman Sachs into the crypto market, one could imagine a decisive entry of BlackRock as well.

Actually, BlackRock had already entered last year, but probably with modest figures. In August, one of its funds had invested $384 million in two mining companies.

The relationship between BlackRock and cryptocurrencies is growing ever closer.

The post BlackRock is studying digital currencies and stablecoins appeared first on cryptodailynews24.com.