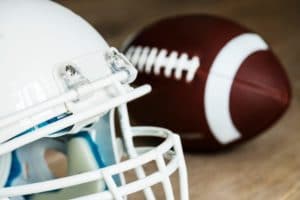 The NFL opens up to crypto sponsorships

Following the NBA and MLB, the professional basketball and baseball associations of America, the NFL has now decided to open its doors to sponsorship by crypto and blockchain companies.

Crypto sponsorship in the NFL, the conditions

After a long diktat, which prohibited member teams from tying their brands to companies linked to the sector, the NFL has decided to open up to partnerships, although there’s still a ban on promoting specific cryptocurrencies and fan tokens.

According to what Joe Ruggiero, the NFL’s head of marketing and consumer products, told US TV channel CNBC, sponsorships between teams and blockchain companies can only last a maximum of three years for reasons of “flexibility”. This will not allow for long-term and very rich deals, such as the one recently signed by the Crypto.com exchange with the Los Angeles Lakers basketball team to brand the team’s stadium for $700 million for the next 20 years.

“In this evolving regulatory environment, it remains essential to proceed carefully when evaluating potential business opportunities involving blockchain technologies and to conduct due diligence on all potential partners and their business models”,

reads a note from the NFL, which has traditionally always been keenly aware of ethics issues related to its sport.

Crypto sponsorships in US sports

Evidently, the NFL was tempted by the rich contracts recently signed by the NBA with Coinbase for $192 million and by Major League Baseball with FTX, which according to some unconfirmed rumours is expected to be around $100 million.

“We’re extremely bullish on blockchain technology. We think that it has a lot of potential to really shape innovation, shape fan engagement over the course of the coming decade”.

Last year, the New York Giants team, one of the most famous in the world, had contravened rules imposed by the NFL to sign a partnership agreement with Grayscale investment, the world’s largest cryptocurrency asset manager, with over $46.65 billion in assets under management.

“Our partnership with the Giants is incredibly significant because our roots are in New York”,

said Grayscale CEO Michael Sonnenshein when announcing the historic deal, which evidently served to convince the league to now open up all teams to partnership agreements with blockchain and crypto companies.

The post The NFL opens up to crypto sponsorships appeared first on cryptodailynews24.com.