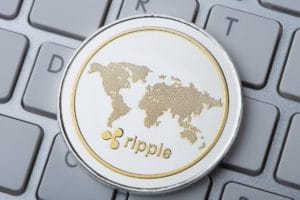 The lawsuit between Ripple and the SEC is not near a conclusion yet and anything can still happen but the latest developments give optimism to the company that issued the XRP tokens.

The latest developments in the Ripple-SEC lawsuit

The latest developments say that Judge Annalisa Torres has denied an SEC motion that countered Ripple’s defence that it would not have been notified about the fact that the SEC considered the sale of XRP tokens, which took place back in 2013, to be irregular.

“Today’s order makes it clear there’s a serious question whether the SEC ever provided Ripple with fair notice that its distributions of XRP – since 2013 – would ever be prohibited under the securities law.

Good to see the Judge rejecting the SEC’s attempt to prevent Ripple from pursuing its fair notice defense. It’s even more imperative that the sun sets on the SEC’s “regulation by enforcement” approach”.

Even Ripple CEO Brad Garlinghouse viewed what happened as a victory for Ripple:

If you weren’t paying attention then, you should be now. Huge win for Ripple today! https://t.co/dMeUQuIPHM

This is obviously a partial victory so much so that in the next tweet, the CEO adds:

“And while we would have preferred the cases against Chris and me to end now, the SEC must now prove its claims. We are confident that ultimately all of them will be dismissed”.

Ripple argues that the XRP sale was not a security sale

Ripple’s defensive strategy is based on the fact that XRP is not an investment asset or security as the SEC understands it.

That’s because in 2013, when it began selling the token via exchanges, it did not in any way constitute an investment in the company. Those who bought, and still buy XRP, have no claim on the Ripple company, nor on Ripple’s profits. Ripple has also never done an ICO, which is an offering of tokens as an investment whose proceeds are invested in improving the project and increasing the price of the token.

Ripple explained to the judges that its shareholders participated in classic venture capital fundraising, nothing to do with the sale of XRP.

In one of the passages of Ripple’s defence, it is also recounted that in 2019 an exchange met with representatives of the SEC to get permission to list XRP, and the SEC replied that for them XRP was not a security, so much so that the token was then listed.

According to Judge Torres, the SEC failed to demonstrate that Ripple’s defence was deficient, which is why the motion was denied.

The price of XRP

The XRP token continues to benefit in a limited way from this news. What is dragging the price is more the general market performance than the news about the lawsuit with the SEC.

If the lawsuit ends with a victory, the price could explode as Ripple would find the confidence of its investors. But the timeframe is still long, the lawsuit won’t end until September or even October.