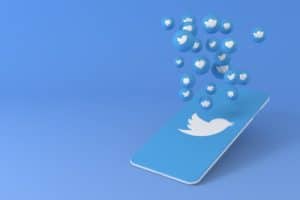 Pew Research: not all users use Twitter in the same way

According to recent research by the American institute Pew Research, which specializes in surveys and polls, not all users use Twitter in the same way.

Just 25% of users, according to the study, produce around 97% of all posts, with an average of 65 tweets per month. However, on average, these receive only 37 likes and 1 retweet per month. Meanwhile, most users, called “lurkers” in the report, post only five tweets a month and prefer to read what is posted by others.

“Although the most prolific 25% of users produced the vast majority of tweets during the study period, original tweets made up only 14% of their posts. In contrast, around 80% of the tweets from this group were direct retweets (49%) or replies to other tweets (33%). Replies and retweets also make up the majority of posts by less active tweeters”.

This is stated in a note from the survey institute.

Pew Research analyzed a portion of the approximately 60 million American adult users of the famous social network founded by Jack Dorsey, who recently left the helm to devote himself to blockchain projects. The survey method was based on the analysis of a subset of respondents, who agreed to share their Twitter profiles with the researchers, allowing them to match their survey answers to their activity on the social network.

Some results were certainly surprising and in some ways unexpected. Just to mention a few figures, 46% said that the site had improved their understanding of the events that had taken place in the last year, demonstrating how social networking has increasingly become a means of gathering information and keeping informed. On the other hand, 30% said that on the social site they were able to get actively involved again in discussions about politics and thus feel more involved in the topic.

In terms of usage patterns, the analysis revealed that a relatively small proportion of users are highly active and produce the vast majority of content. The most active 25% of US adults on Twitter produced 97% of all tweets by these users. These most prolific users are quite different from other profiles, visiting social every day and 1 in 5 confess to not even remembering how many times they do it in a single day.

Furthermore, despite producing the vast majority of content, their tweets are largely unoriginal and receive little engagement from Twitter’s wider audience.

From 12 June to 12 September 2021, original posts comprised only 14% of the tweets of the top quarter of US adults on Twitter by tweet volume. The vast majority of posts produced by this group were retweets (49% of the total) or replies to other users (33%).

Also interesting is the aspect closely linked to behaviour on the basis of the different political beliefs of the users surveyed. Republican Twitter users are more convinced than their Democratic “rivals” in defining the site as a negative example for American democracy (60% vs. 28%). In contrast, about half of Democrats who use the site say it is good for American democracy, while only 17% of Republicans think the same.

The majority of the sample of users surveyed have a public account, although they say it is set to private or in any case they are not sure or more likely do not even know the difference in the two profile settings (around 89% of users).

About 45% of users also consider the possibility of others attacking or annoying them very much for 19% very much, or partly for 25%. About one in five Twitter users (21%) have posted something on the site that they later regretted sharing.

The post Pew Research: not all users use Twitter in the same way appeared first on cryptodailynews24.com.