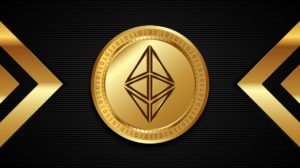 Ethereum aims for five figures with the Merge

Some predictions are starting to circulate that after the Merge the price of Ethereum (ETH) could reach $10,000.

However, these do not seem to be true predictions supported by data and analysis, but rather hypotheses that are a bit far-fetched, although theoretically possible.

The most popular assumptions in this regard are that it could take place between June and September.

It is difficult to make predictions at the moment

At this point in time, it is very difficult to imagine a new bull run similar to that of 2021, because that was most likely triggered by Bitcoin’s 2020 halving: the next halving will be in 2024.

In addition, a 540% increase in the price of ETH would mean that Ethereum would reach a market capitalization far greater than twice that of Bitcoin today.

To date, there are no technical or fundamental reasons to imagine such large jumps in the price of ETH during 2022, but especially shortly before or shortly after the possible Merge, things could change.

Moreover, one of the analysts who speculated that the price would reach $10,000 after the merger also expressed doubts as to whether ETH would return above $4,000 in the short term. It should be remembered that the all-time high on 10 November 2021 was above $4,800.

To date, it is not possible to predict leaps of this magnitude in the price of ETH

Trading volumes of ETH have not risen

In fact, ETH trading volumes on the crypto markets for now do not seem to have undergone any significant upward changes, so much so that the same analyst argues that there are chances that the recent rise could be undone in the coming weeks.

At the moment, there does not seem to be much interest in ETH on the crypto markets, although trading volume remains normal.

At this point in time, it is very difficult to predict how they will react to the Merge, and in particular what the actual growth potential of ETH will be due to that event.

There are too many important and as yet unpredictable variables to make precise assumptions about what might actually happen.

The post Ethereum aims for five figures with the Merge appeared first on cryptodailynews24.com.