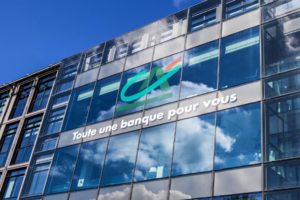 A few days ago the well-known bank Credit Agricole suspended all its services in Russia.

The suspension of Credit Agricole services in Russia

Reuters reports this, saying that the French bank has joined the withdrawal from Russia of other international banks after the invasion of Ukraine.

Indeed just days earlier French rival BNP Paribas had also said it had informed its corporate clients in Russia that it would no longer process their transactions.

How did Credit Agricole deal with Russia?

Previously Credit Agricole had already halted all new financing for Russian companies, and revealed that its exposure to Russia and Ukraine was around €6.4 billion ($7.05 billion). The 2021 dividend, however, is not expected to be affected by losses due to the discontinuation of its services to Russians.

The bank also added that its priority is to help and support its 2,400 employees in Ukraine who are trying to ensure the continuation of basic banking activities despite being hit hard by the war.

In addition, the Crédit Agricole CIB subsidiary in Russia has 170 Russian employees. It has no retail activities, and generated a net profit of €3.7m last year.

In addition to the suspension of banking services to Russian companies, two-thirds of Luxembourg funds with strong exposure to Russia have also been suspended, thanks to a special intervention by the securities regulator of the Grand Duchy of Luxembourg.

These measures aim to prevent Russian companies in particular from doing business abroad, and in particular with the rest of Europe and the United States.

Russia has not yet used Bitcoin en masse

Despite this, it is not yet known that the Russians have started using Bitcoin en masse to circumvent these restrictions.

However, it has to be said that BTC is not a perfect alternative to the euro or the dollar for international transactions due to its still highly volatile value. The best alternative would be to use stablecoins, but even then there has not been much increase in their use so far.

For example, looking at USDT transactions on the Tron network, the current levels are similar to those at the end of January, and even lower than in December.

USDT is by far the most widely used stablecoin in the world, and the majority of transactions are now carried out on the Tron network thanks to very low fees compared to those on the Ethereum network.

However, should the current blockades and restrictions on the use of fiat currencies continue, we can expect to see an increase in the use of cryptocurrencies for international transactions by Russians.

Caption: There is no evidence yet that the Russians have started using Bitcoin en masse