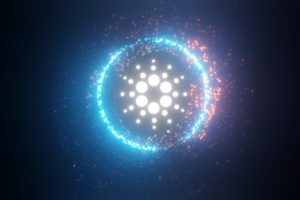 Coinbase announces the expansion of its staking offerings to include Cardano (ADA). The current estimated annual return for Cardano staking on Coinbase is ~3.75% APY.

Coinbase announced that it has expanded its staking offers in its portfolio to include Cardano (ADA), the seventh-largest crypto by market capitalization.

We have officially expanded staking offerings to include $ADA so you can begin earning rewards on your crypto!

“More Cardano. More staking. We have officially expanded staking offerings to include $ADA so you can begin earning rewards on your crypto!”

According to reports, the idea of adding Cardano to the staking offering is to offer its users an asset that aims to enable smart contracts to allow developers to build a wide range of decentralized finance (DeFi) applications, new crypto tokens, games and more.

There are already other ways to stake Cardano, but Coinbase reportedly offers an easy and secure way for any retail user who wants to actively participate in the Cardano network and earn rewards.

Coinbase has included Cardano among the coins to stake with

As anticipated, the current estimated annual return for Cardano Staking on Coinbase is ~3.75% APY. Once the user has completed their initial holding period (20-25 days), they will receive rewards in their account every 5-7 days.

In addition, the Cardano network sets the underlying rate of return depending on the number of staking participants, while Coinbase distributes the return to clients, minus a commission.

Grayscale Investments has unveiled its “Smart Contract Platform ex Ethereum Fund”, with the aim of offering exposure to smart contract technology outside of the Ethereum blockchain.

In this regard, Michael Sonnenshein, CEO of Grayscale said:

“Investor demand for diversified exposure has grown in parallel to the ongoing evolution of the crypto ecosystem”.