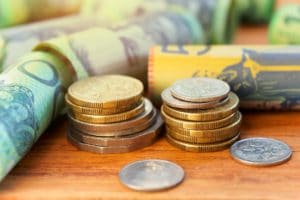 Australia: a bank will create a stablecoin

The Australia and New Zealand Banking Group (ANZ) has announced that it will issue a stablecoin pegged to the Australian dollar.

It will be the first bank on the continent to do so.

The token will be issued on the Ethereum blockchain, and will always have the value of 1 Australian dollar.

According to Reuters reports, the bank has already made a first payment with its new stablecoin.

The new token is called A$DC, and will be issued and managed by a private digital asset management company, Victor Smorgon Group, through digital asset investment platform Zerocap.

The bank said it has already minted 30 million A$DCs using a special smart contract. ANZ is the third largest lender in the country.

The RBA remains skeptical of issuing its own digital currency.

Stablecoin, a breakthrough in Australia

Some time ago Australia’s central bank, the Reserve Bank of Australia (RBA), revealed that the growth of digital wallets could enable the exchange of tokens or forms of digital money backed by the RBA, which remains sceptical about issuing its own digital currency. A$DC could be a response to this decision.

“It’s commendable (and rational) for ANZ to use the most utilised public blockchain Ethereum; it proves that these open source protocols are alternate financial services networks which offer many advantages over traditional closed source rails. In particular transparency, composability/programmability and ultimately greater utility for individuals and businesses.

The RBA should look to replicate similar openness in their proposal for a retail CBDC (or eAUD) in the Australian market”.

According to Dacxi CEO Ian Lowe, it was only a matter of time before some banks in Australia were also doing what some banks in other western markets are already doing.

“We believe that continued adoption of blockchain technology by mainstream institutions indicates that tokenisation (where assets such as gold and silver are made available as digital investments on a blockchain) is also headed for more widespread adoption”.

The advantage of stablecoins is that by using decentralized networks they can neither be restricted nor blocked or censored when used with P2P custodial tools. They also allow for anonymous use.

The post Australia: a bank will create a stablecoin appeared first on cryptodailynews24.com.