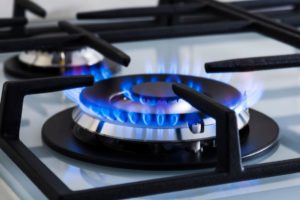 Russian gas will only be payable in roubles

In response to international sanctions, President Putin has decided that Russian gas will only be payable in roubles.

Nine days after the sanctions came into force, the situation is becoming clearer.

Putin, following his “special operation” in Ukraine to rescue the Ukrainian people from a Nazi government and protect the separatist regions (according to him), has exposed the country to serious repercussions.

Sanctions imposed by the US, NATO, UK and the EU have led to the seizure of assets, isolation of the president’s closest collaborators and oligarchs, and heavy-handed restrictions and embargoes.

These measures have put the country in serious difficulty to the point that, according to the White House, Russia risks default in a few months and insolvency.

So far we have outlined the theory.

Practically speaking, Moscow has regularly paid its dues in euros and dollars, and although the restrictions have damaged the Russian economy, they have also been a boomerang for the European economy in particular.

The increase in the cost of raw materials, energy and the intermingling of the European manufacturing and production sectors with the Russian market have led to major problems in the European financial and industrial sectors, especially in Germany, France and Italy.

An important example is Unicredit, which holds a large percentage of investments in Russian financial companies and has a significant presence in the country, or even the footwear sector, 70% of whose products are exported to Russia and which has seen its market taken away from the Soviet superpower overnight.

The countermove: Russian gas to be paid for in roubles

The sanctions have not had time to wreak havoc before the Kremlin has already reached a solution, and it was not so obvious.

In fact, Moscow has pulled a simple ploy out of its hat, which will come into force next week according to leaks.

Payments for energy supplies (gas and oil above all) to hostile countries will only be accepted in roubles.

A fortnight ago Putin drew up a list of hostile countries to which Russia will apply sanctions.

The obligation to pay for gas and energy in roubles is one of them.

Countries deemed to be non-hostile can of course continue to pay in accordance with existing agreements and therefore also in dollars.

This move effectively wipes out the damage caused by the sanctions for two main reasons.

The price of gas, which has appreciated by a further €15 per MWh, can be paid for in roubles, so that the purchasing country will not only be able to maintain an asset and continue to have relations with Moscow, but will also pay considerably less for it (even less than before the pandemic) due to the favourable exchange rate (rouble at €0.0093).

The other reason is that this move implies an increase in trade of the rouble in the world, which in fact has already recovered two-thirds of the value lost following the invasion (in the pre-war phase the rouble was at €0.0120).

There is also another reason, hitherto unmentioned but perhaps the Kremlin’s trump card.

With the rouble at 0.0093, but also at pre-crisis prices, no country in the world is as competitive in terms of price as Russia, precisely because of the exchange rate, and this effectively puts the rest of the competition out of business, above all the United States of America.

The news of Putin’s decree has created a tsunami of unhinged reactions.

The powerful in the West, above all the European leaders, have let slip a certain astonishment and found themselves bewildered by this counter-move.

Mario Draghi himself, fresh from his speech to the Chamber of Deputies and the hearing of Volodymyr Zelenskyy, did not expect this reaction from Moscow.

One of his advisors (Giavazzi) leaked that Italy should not evade this payment in roubles because it would be a favour to Russia and a way to circumvent the sanctions.

The post Russian gas will only be payable in roubles appeared first on cryptodailynews24.com.