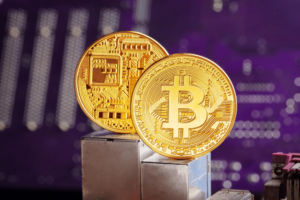 A new draft of a bill to ban Bitcoin mining in New York State for two years was approved yesterday by members of the State Assembly’s Environmental Conservation Committee.

The bill to ban Bitcoin mining in New York

Bloomberg reports that the bill will establish a moratorium on Proof-of-Work mining operations.

However, the proposal still has several steps to go through to become law.

First, it will have to obtain majority approval from the two branches of the entire state legislature, and then the signature of Governor Kathy Hochul.

The curious thing is that the positive vote in committee came about a week before the 31 March deadline by which the state must decide whether to grant special environmental exemptions to the power plant that supplies electricity to the Greenidge Generation Holdings mining company.

Despite this, the Nasdaq-listed company’s share price (ticker GREE) rose 4% yesterday, so it is possible that the markets do not think the ban is particularly likely.

It is worth noting, however, that GREE‘s share price was already very low, being only slightly above the all-time low reached in mid-March.

The committee that approved the draft consists of 11 senators, eight Democrats and three Republicans.

The Democratic Party has a clear majority in the New York State Senate, so it is by no means impossible for the bill to go ahead.

The other branch of the state legislature, the Assembly, also has a large Democratic majority.

The new mayor of New York City, Eric Adams, who is pro-Bitcoin but hostile to mining, is also a Democrat.

The problem is always the same: high energy consumption. New York State has a total of 20 million inhabitants, so it consumes a lot of electricity. It is possible that the senators are concerned about the indirect environmental impact of mining on the one hand, and the possible direct impact on electricity prices on the other.