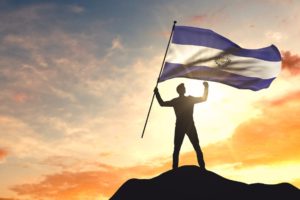 The launch of “volcano bonds”, i.e. government bonds in Bitcoin, in El Salvador seems to have been postponed. The debut was expected between 15 and 20 March, but did not take place. New speculation is that the launch will take place by September.

The debut of the Bitcoin bonds was scheduled for the third week of March, as announced by the local finance minister, Alejandro Zelaya. To date, the investment instrument has not yet been launched, which suggests that caution has prevailed.

After all, although demand seems to be very high, Bitcoin is experiencing a moment of strong volatility. It is plausible that the government of El Salvador wants to wait for a moment of calm in the markets.

But even before it sees the light of day, the tool is still making waves.

as we know it today. Having Bitcoin as collateral, guaranteeing a 6.5% yield and promising a 50% dividend after 5 years is a gamble on the price of Bitcoin.

The financial sector is sceptical, so much so that Fitch recently downgraded El Salvador’s credit rating from B- to CCC, blaming this decision on the very choice to have Bitcoin as legal tender.

However, according to the Finance Minister, in statements reported in the Financial Times, the Bitcoin Bond already has requests for over 1.5 billion dollars. Far beyond the initial billion.

The fact is that this instrument shows how El Salvador wants to somehow free itself from the dollar. However, the dollar is considered reliable, while Bitcoin is a bit less so, at least by big international finance.

Not surprisingly, the Telegraph reported verbatim that:

“Each new initiative like El Salvador’s bitcoin bond could chip away at the greenback’s supremacy a little, potentially making the world that bit harder to police and a touch more dangerous”.

These statements were commented on by the president of El Salvador, Nayib Bukele:

“Each new initiative like El Salvador’s bitcoin bond could chip away at the greenback’s supremacy a little, potentially making the world that bit harder to police and a touch more dangerous.”

“Making the world that bit harder to police”? WTF?! https://t.co/9i0EEChbVR

This explains why they are choosing Bitcoin: an independent currency and not one directly linked to the United States.

Even an observer like Anthony Pompliano agrees that Volcano Bonds will be revolutionary:

“El Salvador’s bitcoin-backed volcano bond appears to be setting the stage for a revolution in sovereign debt markets”.

When will Volcano Bonds be launched

According to Reuters, which cites an interview with finance minister Alejandro Zelaya, the launch will take place no later than September 2022.

“In May or June the market variants are a little different. At the latest in September. After September, if you go out to the international market, it is difficult (to raise capital)”.

So by September 2022, El Salvador will show the world the potential of its government bonds with which it plans to finance the construction of the world’s first Bitcoin City.