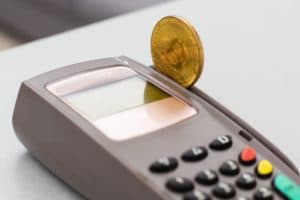 Fast Private Jet, the world’s leading business aviation company and the first company in the sector to conduct cryptocurrency transactions, has released an interesting new survey of the world’s most crypto-friendly cities, boasting the highest number of businesses and venues that accept digital currency payments.

The ranking of crypto-friendly cities

This is a growing trend that the Italian company wanted to investigate in detail for the benefit of travellers, who are increasingly inclined to use digital tools to make their payments. More and more businesses such as hotels, restaurants and shops are accepting payments in digital currency, which is transforming the daily habits of consumers.

At the top of Fast Private Jet’s list is Ljubljana. With 72 shops and 33 sporting venues accepting payments via digital currencies, it is the most crypto-friendly destination in Europe and the world, followed only by Prague, Buenos Aires and Tokyo. This is a very large number, but not surprising if we think that Slovenia alone has more physical locations accepting cryptocurrency payments than the entire United States. What’s more, BTC, Slovenia’s largest shopping centre, is in the process of becoming a “Bitcoin City” itself.

Slovenia, after all, is the European state with the highest per capita market capitalization related to blockchain; so much so that the government is adopting new digital currency legislation to determine how cryptocurrency holdings and transactions will be taxed; most likely this will be a 10% flat tax for cryptocurrency exchanges with fiat money and for purchases made in crypto.

The capital of the Czech Republic, Prague, in favour of using cryptocurrencies for shopping, paying rent or even going to the cinema, takes second place on the list of crypto-friendly destinations in Europe. Its famous Paralelní Polis is one of the world’s first Bitcoin-only cafés.

In third place is Madrid. Even though since 2021 Spain has adopted new legislation dedicated to businesses to regulate the use of cryptocurrencies, there is still a long way to go in the country to recognize these coins as “legal tender”. Residents of the Iberian nation can still choose to buy various gift cards of their favourite brands with cryptocurrency, which they can then spend online or directly in the shop, for example to pay for their Netflix or Amazon (ES) subscription.

Surprisingly, among the cities with very few places to use their cryptocurrencies are Luxembourg and Monaco, iconic tourist destinations for luxury lifestyle travellers – with Luxembourg being the richest nation in Europe and Monaco known to be a favourite destination for the rich and famous. Malta, on the other hand, comes in last place, with virtually no businesses able to accept digital currencies, especially in the capital, Valletta. There are currently no restrictions on exchanging, mining, trading or investing in Bitcoin in the country, but the country still lags far behind the rest of Europe in terms of the number of establishments where people can spend their digital money.

America’s most crypto-friendly destinations according to Fast Private Jet

New York, long home to the world’s most renowned financial district, tops the list of the most crypto-friendly destinations to visit in the US. Not only does the Big Apple boast a large number of businesses where people can spend their cryptocurrencies (such as many restaurants, cafes, shops, etc.), but the number of crypto-accepting venues in the city is steadily increasing. This is confirmed by Ariel Palitz, senior executive director of the New York Office of Nightlife, who stated in a note that “the effect of cryptocurrencies on New York’s industry is inevitable”.

One step down in the rankings is Los Angeles, the Californian metropolis that is seeing more and more restaurants, shops and even real estate developers and property owners accepting crypto payments every year. A trend that the city saw emerge back in 2013, when one of its many restaurants began accepting payments in digital currency, becoming one of the very first in the United States. Today, Los Angeles is moving to become a highly crypto-friendly destination, as suggested by the recent order to transform the world-famous Staples Centre into the new Crypto.com Arena.

Third on the list is San Francisco, which, although it does not yet have as many crypto-friendly restaurants and shops as Los Angeles, still has over 400 Bitcoin ATMs in the Bay Area alone – including 65 scattered around the city – and its rise to the top of the list of America’s most crypto-friendly cities is imminent.

As Ljubljana and Prague dominate the international city rankings, Argentina’s capital Buenos Aires takes third place on the podium. Not subject to taxation until 2021, crypto exchanges in Argentina are on the rise, although the legislation is about to change soon.

Cryptocurrency ATMs around the world

The study conducted by Fast Private Jet also looked at the international destinations where it is easiest to exchange digital currencies for traditional currencies. Unsurprisingly, the country with the highest number of cryptocurrency ATMs in the world is the United States, with around 30,963 establishments, followed by Canada with 2273 ATMs and El Salvador with just 205. Below is the list published by Fast Private Jet:

At the top of the list of American cities with the highest number of cryptocurrency ATMs is Los Angeles, which alone has 1862. The other cities in the US:

Countries banning the use of cryptocurrencies

While many countries still have a long way to go to regulate the use of cryptocurrencies, as well as businesses that have to adapt to the spread of new payment methods, the subject still remains off-limits for many destinations. In some countries, in fact, the use of digital currency is still very difficult or even forbidden.

This is the case in China, for example, where the gradual banning of Bitcoin and other cryptocurrencies has led to a complete ban. However, in order not to be completely cut off from the crypto revolution, China is adopting an all-Chinese digital currency, the Yuan, already widely used during the Beijing 2022 Winter Olympics.

Oman, Egypt, Qatar, Algeria, Iraq, Morocco, Tunisia and Bangladesh are also very strict, completely banning the use of cryptocurrencies without resorting to the development of a national digital currency; many other countries – Fast Private Jet counted about 42 in total, including Algeria, Bahrain and Bolivia – have also banned any use of them or have implicitly banned their exchange by limiting the ability of banks to manage digital currencies.

The post World’s most crypto-friendly cities appeared first on cryptodailynews24.com.