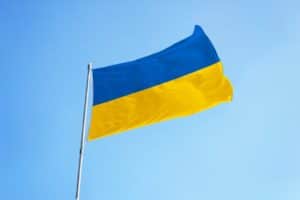 Ukraine’s President Volodymyr Zelenskyy on Wednesday signed a law legalizing the use and possession of Bitcoin and cryptocurrencies in the country, the first case in Europe and among the first in the world. This decision was made after receiving over $100 million in digital currency donations in recent weeks during the war with Russia.

Dear crypto community, you are awesome! We are grateful for such a massive support. Every donation matters. Our Crypto Fund has just reached $60 mln. Cryptocurrencies do real impact. https://t.co/7GVYGniGXh

The law establishes conditions for launching a market for virtual assets that will be regulated by Ukraine’s National Securities and Stock Market Commission, the country’s Ministry of Digital Transformation said on Wednesday.

Mykhail Fedorov, the young innovation minister has now become almost an icon for the entire international tech and cryptocurrency community.

Since the beginning of the conflict, he has been working hard to get the tech and digital currency giants to boycott Putin’s Russia. On several occasions he has explicitly asked large cryptocurrency exchanges to block Russian accounts to prevent them from somehow circumventing the sanctions through cryptocurrencies. Coinbase blocked 25,000 accounts of Russian users after its appeal.

The success of cryptocurrency donations in Ukraine

The young vice-president and minister of innovation was also the main architect of the cryptocurrency law, after having organized a very successful cryptocurrency fundraising campaign with the support of the country’s main exchange, Kuno.

the Ukrainian Ministry of Digital Transformation said enthusiastically in a tweet on Wednesday.

Part of the aid received in cryptocurrencies will now be able to be freely and directly exchanged for purchases of basic necessities and also to purchase weapons to defend against the Russian invasion, the ministry said.

“Our government has worked hard to liberalise the economy and remove all obstacles, roadblocks and bottlenecks in our economy. We are simplifying tax regulations. We are opening our customs and, heck, we are even trying to develop our country economically despite the war”.

Last October, the Ukrainian Prime Minister himself had sent the cryptocurrency law back to Parliament for changes and revisions to the submitted text. The law was much more restrictive than the one approved on Wednesday because it did not envisage legalizing the circulation of cryptocurrencies in the country. But the war and the great success of donations received in digital assets has changed things radically.

The post Ukraine turns to cryptocurrencies appeared first on cryptodailynews24.com.