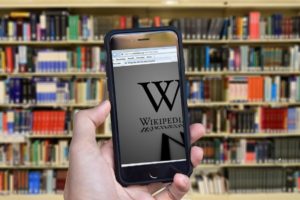 Boom in wikipedia downloads in Russia

After Putin’s Russia banned foreign social and news sites in the country, accused of propaganda and misinformation, there was a boom in downloads of the Russian version of the world’s most famous online encyclopaedia, Wikipedia.

Wikipedia in Russia, +4000% of downloads

According to the Slate website, the Russian version of the site was downloaded 4000% more in March than in January.

This fact shows that not all Russians fully believe in the one-way information campaign that the Kremlin has been conducting since the beginning of the conflict.

Wikipedia at risk of censorship

According to experts, the Kremlin may soon ban Wikipedia, which has already had its problems with Soviet censorship in the past. At the moment, the Russian censorship authority, the much-feared Roskomnadzor, has not taken any censorship action against Wikipedia. But on 11 March, Mark Bernstein, one of the most famous Wikipedia editors in Russia, was arrested in Belarus. Now, under the new ‘fake news’ laws enacted after the outbreak of the conflict in Ukraine, he faces up to 15 years in prison.

But the Russian censors also had something to say about the international Wikipedia site, which is accused of misinformation about content posted in reference to the war in Ukraine, as the company itself wrote in a note

“On 1 March 2022 the Wikimedia Foundation received a Russian government demand to remove content related to the unprovoked invasion of Ukraine posted by volunteer contributors to Russian Wikipedia. The Wikimedia Foundation and the movement we are part of have never backed down in the face of government threats to deny people their fundamental human right to access free, open, and verifiable information.

In recognition of this important role, we will not back down in the face of efforts to censor and intimidate members of our movement”,

In 2015, the Russian government had already blocked the site because of an article on cannabis, which had evidently struck a chord with the Russian regime. The block was lifted after a very short time. But now everything seems to have changed, and it cannot be ruled out that the Kremlin will soon decide to block the Wikipedia site in Russia.

On the other hand, in recent days the foundation that edits the famous online encyclopaedia has repeatedly reiterated its convinced support for the Ukrainian cause. On the other hand, Wikipedia considers itself a site free of censorship and influence of any kind, considering that it finances itself with the support and donations of its readers.

“Reaching readers in parts of the world with limited internet access is a strategic priority for the Wikimedia Foundation and the Wikimedia movement”,

This is what Jorge Vargas, head of the site’s regional partnerships, said in recent days.

The post Boom in wikipedia downloads in Russia appeared first on cryptodailynews24.com.