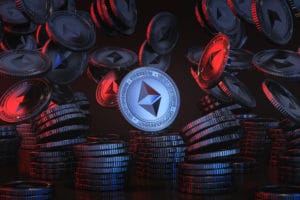 What will change in the crypto world with Ethereum 2.0

The launch of Ethereum 2.0, or the so-called “Consensus Layer” on the Beacon Chain, will revolutionize the way transactions are validated.

The difference with Bitcoin: the move to PoS

The first consequence is that Ethereum will differ from Bitcoin in this respect.

Bitcoin is now increasingly a financial asset, rather than an advanced and complex value exchange network, and with the move to PoS, Ethereum will be setting itself apart.

However, it is by no means certain that this detachment will also affect the prices of ETH and BTC, which are still highly correlated with each other. Perhaps only in the distant future will it be possible to see the two assets progressing on the markets with their own trends that are not influenced by each other.

It is worth remembering that thanks to the Lightning Network, Bitcoin will also be able to provide advanced and complex exchanges of value, with speed and cost-effectiveness perhaps even greater than Ethereum’s new Consensus Layer.

Nevertheless, Ethereum now dominates the DeFi market, so it is hard to imagine it being ousted by Bitcoin, especially in the short term.

For this reason, other PoS-based networks will suffer even more from Ethereum’s competition, particularly in the DeFi space.

It is worth noting that at present it seems unlikely that the move to PoS will allow Ethereum to offer performances similar to those of, for example, the Terra ecosystem or the Binance Smart Chain in the short term. In the medium/long term, however, it is possible to imagine that Ethereum’s dominance over DeFi could even expand, thanks to new, more efficient protocols based on PoS.

However, it should not be forgotten that networks such as Terra or Binance Smart Chain are evolving very rapidly, so they will most likely not stand idly by.

Another important change will be the possibility to reduce the creation of new ETH.

Ethereum does not have a programmed and virtually unchangeable money supply inflation like Bitcoin, instead it has already been changed several times over time. This makes it possible to reduce it, if there is a broad consensus on it, when it will no longer be necessary to remunerate miners with large amounts of money.

With the transition to PoS, mining will be replaced by node validation, and nodes do not require a lot of electricity or large rewards to operate. Therefore, the volume of ETH created per day can be reduced in order to reduce inflation.

The PoS also introduces staking, which has actually already been active for many months. With the Merge of the legacy blockchain to the Beacon Chain, the staked ETH will finally be unlocked.

The main impact that Ethereum’s move to PoS could have is in relation to the increased competition that this network can pose to all other similar networks – thus excluding Bitcoin.

Many would-be competitors have sprung up in recent years, precisely because PoW makes Ethereum currently slow and expensive. With the move to PoS these limitations could be greatly mitigated, perhaps contributing to further reinforcing Ethereum’s already undisputed leadership role among smart contract networks.

The post What will change in the crypto world with Ethereum 2.0 appeared first on cryptodailynews24.com.