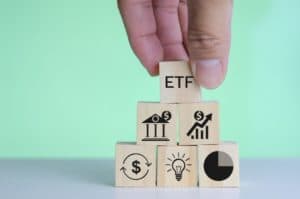 The SEC once again postpones its decision to approve (or permanently reject) an ETF based on spot Bitcoin.

ETF on spot Bitcoin, the SEC takes its time

As can be read in response to the CBOE exchange’s application to list WisdomTree’s spot Bitcoin ETF, the SEC would have had 45 days to make a decision, which was due to expire on 31 March 2022.

Anticipating the timing slightly, the Securities and Exchange Commission has announced that it is extending this period by an additional 45 days.

As far as WisdomTree is concerned, the date to mark on the calendar is May 15, 2022. That’s the deadline for the SEC to say whether the spot Bitcoin ETF can be approved or rejected.

As for the Carbon Neutral ETF on Bitcoin proposed by One River, the SEC responded this time to the NYSE by claiming that it would have 180 days to decide, a period that would expire on 3 April. The authority intends to extend this period by a further 60 days. In this case, a ruling will come on 2 June 2022.

It is likely that the two ETFs will follow a similar fate, so approval of WisdomTree’s ETF would also give hope for the investment product made by OneRiver. The same would happen in case of rejection.

The SEC remains sceptical about the approval of a spot Bitcoin ETF because it fears market volatility. In recent months, amidst international tensions and fears of a resurgence of the Covid pandemic, Bitcoin has undergone sharp price fluctuations that the authority believes could put investors at risk. In addition, according to the SEC, the cryptocurrency market is not sufficiently regulated.

With the Executive Order signed by President Biden, the US will soon have a specific regulatory framework for cryptocurrencies, so the regulatory argument will no longer have a place.

In any case, the SEC’s arguments are not well-founded since the US Securities and Exchange Commission has approved ETFs based on Bitcoin futures. After all, while the futures market is certainly regulated, it is also based on the same spot Bitcoin that are commonly bought on the deregulated exchange market.

All that remains is to wait until 15 May, when the ruling on WisdomTree’s ETF will clarify the fate of spot Bitcoin ETFs in the United States of America.