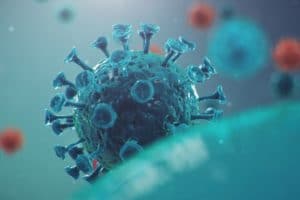 Over the past two weeks, China has seen a resurgence of Covid 19 infections. This is causing problems for the car industry, particularly Tesla.

The return of Covid

The pandemic seemed to have receded and the world was back on its feet, but the problems are far from over.

Just when the economies were rebounding and the markets seemed to be dealing with “only” the problem of inflation, a war broke out in Europe (the second largest global market and the largest in terms of trade with Moscow) between Russia and Ukraine.

But war and inflation, although discussed for their predictability, are manageable, while the pandemic stops everything again because it is transversal.

As a result, the green sector, and in particular the electric car market, has suffered a major setback.

Many components and labour costs make China and Asia in general a strategic hub for procurement and production.

Toyota, Nio and Chery Automobiles, among others, have suffered a setback due to the increase in contagions in China, as the government has reintroduced restrictions that complicate production, a situation that is all the more serious in relation to the fact that time is running out.

The world has set itself a timeframe for the green transition by setting 2040 (2035 for Europe) as the maximum limit for the marketing of hydrocarbon cars.

However, Toyota is not the only giant to have suffered a setback: Tesla has suffered the most serious setback.

Tesla production slows down in China

Elon Musk’s Shanghai gigafactory has opted for a two-day shutdown (Wednesday and Thursday), which will lead to delays in order deliveries, as well as huge losses, but these can be contained for now.

The virus is once again wreaking havoc, and the number of cases of contagion is increasing dramatically, to more than 3,000 a day in China.

Jilin, Shandong, Guangdong and Shanghai are the most affected areas, Bernstein analyst Eunice Lee said in a statement, noting that the Chinese authorities in these districts have imposed varying degrees of lockdown.

The above provinces and particularly the city of Shanghai collectively accounted for 26% of car sales in Asia in 2021 and 32% of electric car sales.

A wider horizon thanks to defence

Production could be shifted to the American company’s other gigafactories around the world and the losses offset by Tesla Inc’s collaboration with the US Department of Defence, with which it has recently entered into important partnerships.

Since last year, Elon Musk has been working closely with the US military on the production of intercontinental and supersonic missiles capable of taking vehicles, people and, of course, weapons from one side of the globe to the other in no more than two hours.

This upgrade in US military logistics will allow for greater deterrence in the role of the superpower and consequently NATO against global threats that do not seem to diminish (see Russia, North Korea, Iran, etc.).

Intercontinental missiles are not the only technology being studied by Tesla. High-intensity laser weapons capable of stopping vehicles and destroying carriers and planes from sidereal distances are also at an advanced testing stage.

With SpaceX, Musk is also working with NASA on the Moon and Mars missions, which will bring humans back to Earth’s satellite and for the first time to the red planet.

The problem encountered by the major car manufacturers in Asia could spread to the rest of the world.

Electricity currently accounts for a large share of the global automotive market, but most cars still run on hydrocarbons.

Unfortunately, the virus strikes across the board and the various lockdowns adopted in the past by governments around the world could return.

The rebound in the European and American economies following the release of the pandemic may not be affected so much by the war as by the return of the contagions if they continue to spread, as this would bring both private and commercial transport to a standstill, as well as air travel, of course.