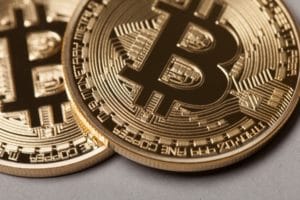 Yesterday Galaxy Digital announced that Goldman Sachs has made its first trade in Bitcoin, an OTC crypto options trade.

The official press release states that this would be a unique transaction by a major US bank.

The exchange was facilitated by Galaxy Digital’s own trading unit, through which Goldman Sachs Group executed its first OTC crypto transaction using a non-deliverable option (NDO) in Bitcoin.

The NDO is a contract that allows for a position on the future price of Bitcoin without having to actually buy the digital asset itself (BTC).

This is the first crypto transaction via OTC by a major US bank. Goldman Sachs is in fact continuing to expand its crypto services offering, which Galaxy Digital says demonstrates the continued maturation and adoption of digital assets by banking institutions.

“We are pleased to continue to strengthen our relationship with Goldman and expect the transaction to open the door for other banks considering OTC as a conduit for trading digital assets. Goldman’s continuing trust in us is a testament to Galaxy’s expertise and ability to meet the evolving demands by institutions as crypto solidifies itself as the fifth asset class”.

“We are pleased to have executed our first cash-settled crypto currency options trade with Galaxy. This is an important development in our digital assets capabilities and for the broader evolution of the asset class”.

A step forward for the crypto sector

This transaction can be interpreted as a significant step forward in the development of crypto markets for institutional investors, given that the risks of transactions in the OTC market are greater than those of traditional transactions on official stock exchanges.

Moreover, Goldman Sachs remains one of the world’s most important banking institutions, and its active entry into this sector could have a number of consequences.

The cryptocurrency options market is now huge, with $16.5 billion worth of crypto options traded on Binance alone in the last 24 hours, compared to a futures market volume of $44 billion in the same period.