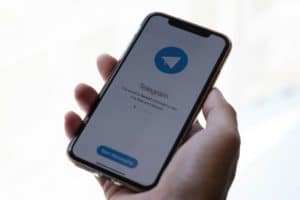 Telegram has been banned in Brazil. The censorship was triggered by the messaging app itself and CEO Pavel Durov took responsibility in a message to the community.

Telegram banned in Brazil, what happened

In a long message, Durov explained that Telegram had legal problems in Brazil and was in the process of exchanging communications with the Brazilian Supreme Court, but one of these emails remained unanswered. The lack of response led the court to issue a ban against the app.

These are the facts according to Durov:

“It seems that we had an issue with emails going between our telegram.org corporate addresses and the Brazilian Supreme Court. As a result of this miscommunication, the Court ruled to ban Telegram for being unresponsive.

On behalf of our team, I apologize to the Brazilian Supreme Court for our negligence. We definitely could have done a better job”.

The Court was asking Telegram to remove content. Telegram had responded to use another institutional email, which the Court did not do by continuing to use a generic email address to respond again. Result: the Court’s further requests went unanswered until the Court decided to react by blocking the app.

Telegram was blocked in Brazil due to a confusion

How to solve the problem

Telegram found the communication that had been lost and is complying with the statute of limitations. But Durov is now asking the Court to reconsider its decision because the app is used by many Brazilians to message friends and family.

To prevent the situation from happening again, Telegram will appoint its own representative in Brazil.

Durov explained in his message:

“The last 3 weeks have been unprecedented for the world and for Telegram. Our content moderation team was flooded with requests from multiple parties. However, I am certain that once a reliable channel of communication is established, we’ll be able to efficiently process takedown requests for public channels that are illegal in Brazil”.

Telegram in the Russia-Ukraine war

The war between Russia and Ukraine is also putting a strain on social networks and apps such as Telegram. It cannot be ruled out that the oversight that led to the loss of the email from the Brazilian Court is also due to a working environment that is certainly not easy given the international events.

Telegram in fact remains fully operational in Russia and Ukraine, and is used to communicate on both sides. This is because Pavel Durov does not intend to apply any form of censorship, but at the same time he has guaranteed the protection of users.

Pavel is Russian but of Ukraine origins and founded the popular social network in Russia, VKontakte, but then was forced to leave it because he refused to cooperate with the government that demanded the data of the organizers of the Euromaidan group (the pro-European protests that agitated Ukraine in 2013).

Telegram continues this mission today, assuming a neutral role that probably won’t please everyone, but which is part of the coherence of its founder.

The post Telegram banned in Brazil appeared first on cryptodailynews24.com.