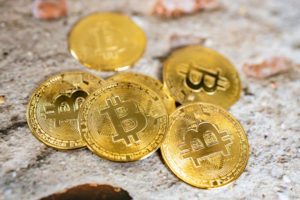 The drop in the supply of Bitcoin on exchanges continues.

The collapse of Bitcoin supply on exchanges

According to data released by Santiment, the current level is by far the lowest since December 2018, when the price collapsed to just above $3,000 after touching $20,000 a year earlier.

#Bitcoin's ratio of supply sitting on exchanges continues dropping hard, down to its lowest level since December, 2018. There is 13.5% less $BTC on these exchange wallets compared to just 2 months ago, amounting to 1.6% less of the overall supply.

In addition, compared to just two months ago, the number of BTC reportedly held on exchange wallets has dropped by 13.5%. Now only just over 10% of the total supply of Bitcoin is deposited on crypto exchanges for trading.

It is worth noting that the sharp drop occurred mainly at two points in time, after a long descent that began as early as last year.

The first and most drastic sudden drop occurred at the end of January, when Bitcoin’s price rebounded above $35,000 after having briefly touched $33,000.

The second one started at the beginning of March and is still ongoing. During this last period, the price has fluctuated between $37,000 and $45,000.

It is probably no coincidence that these two falls occurred after the rebound on 24 and 25 January, when the price returned above $35,000 after having been close to $33,000.

It is worth noting that at that time the war in Ukraine had not yet begun, so it is possible that the sharp drop in BTC left on crypto exchanges had nothing to do with market fears.

Instead, it is possible that it is due to that very rebound, i.e. the fact that the price has stopped the descent that began in mid-November, after hitting an all-time high at around $69,000.

The chart published by Santiment seems to suggest that an accumulation phase has been underway for at least a month and a half now, with investors buying BTC on exchanges and then withdrawing them to store them in proprietary wallets.

More than 75% of BTC is on wallets

Another analysis, this time by Glassnode, reveals that the current trend does not suggest the existence of typical bear market behaviour, as the overall selling pressure on exchanges is remaining constant.

This analysis also reveals that more than 75% of the world’s existing BTC has been sitting on wallets for more than six months, leading to the conclusion that the majority of Bitcoin holders are currently HODLers.

These dynamics will not necessarily remain stable, but if they do it could take little to significantly increase the price of Bitcoin. That is, if supply is not increasing, and it should not increase, even a not particularly significant increase in demand is enough to move the price substantially.