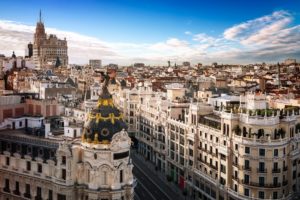 Meta (formerly Facebook) expands in Spain where it launches Meta Lab, with plans to create as many as 2,000 jobs.

Meta’s vice-president Javier Oliván announced the intentions of Mark Zuckerberg’s giant to create a hub in Spain. He spoke about it in a meeting with Spanish Prime Minister Pedro Sánchez.

The plans for Spain include:

All this will also be done by hiring about 2,000 people.

“Today we are announcing a major investment in people and infrastructure in Spain. As our company prepares to help build the metaverse, we are putting Spain at the heart of our plans by creating new, highly skilled jobs, supporting local entrepreneurs and technology companies, and investing in essential digital infrastructure”.

Spain, it seems, will play a major role in the creation of the Facebook metaverse.

“Productive meeting with Javier Oliván, Meta Vice-President . We celebrate the company’s investments in our country that will generate 2,000 jobs. Spain is a hub of talent and entrepreneurship and will continue to be at the forefront of digitization by supporting technologies such as the Metaverse”.

Meanwhile, Meta launches parental control for the Metaverse. With the ability to lock and unlock the VR app, parents will be able to prevent children under 13 from accessing experiences not dedicated to them.

An evolution of these controls will also allow parents to block the download of unsuitable apps and Meta will also be able to do this automatically.

In addition, Meta has announced the Family Center, a place where parents and guardians can better control their children’s use of Instagram.

The post Meta expands in Spain: 2,000 jobs in Madrid appeared first on cryptodailynews24.com.