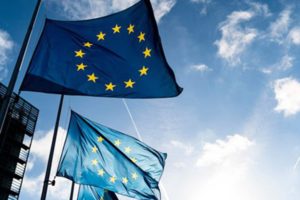 Ban on PoW in the EU: everything postponed

Is the ban on Proof of Work, and thus Bitcoin, in the European Union simply postponed? The European Economic Commission’s (ECON) vote on the MiCA (Market in Crypto Assets) law states to move forward on the issue of regulation and user protection and removed the amendment that would have banned PoW. But there is a problem.

That the issue is not closed with the rejection of the amendment is shown by statements from the S&D group.

In this regard, MEP Eero Heinäluoma said that the Social Democrats support innovation and the need to protect investors but at the same time consider the law a missed opportunity:

“our group is really disappointed about the lack of any ambition in the field of sustainability. The principles set in this respect by the report are very weak and completely negate the reality. Indeed, crypto-currencies consume as much energy as all electric cars on our earth combined. The carbon footprint of a single bitcoin transaction equals a transatlantic return flight London to New York. This is 1.5 million times the energy used up by a VISA transaction. If we don’t curtail this massive carbon footprint by putting crypto-currencies on a more sustainable path, our efforts to combat the climate crisis and boost our energy independence risk being in vain”.

Expressing regret at how the negotiations were conducted and concluded, the MEP also argues that we are witnessing a very bad example:

“Supporting this completely unsustainable model is really a bad political message from the conservatives in times when energy prices for ordinary citizens and businesses are going through the roof and when the EU is trying at the highest level to reduce our dependency on Russian gas in the coming months. Our group is convinced we must address the massive carbon footprint of this industry. This is not about outlawing a new technology, as some claim, it is about ensuring that this industry is future-proofed by setting out minimum sustainability standards. This is why the S&D Group abstained on the final text”.

The EU could ban the Bitcoin ban

That the issue of the ban on Proof of Work is only postponed is suggested by the outcome of the vote. As stated in the official press release, in order to address the environmental challenge, MEPs have proposed a bill to include cryptocurrency mining activities in the European taxonomy, starting from 1 January 2025.

What is the European taxonomy?

The EU taxonomy is nothing more than a list, or rather a ranking of sustainable activities worth investing in. It goes without saying that including mining in this list would mean recognizing that cryptocurrency mining can also be green, while excluding it would deal a blow to the sector.

However, in the hope of the proponents, a ban on mining would not mean a ban on trading.

This legislative push could also lead the industry to accelerate towards an energy transition. This is something Bitcoin is already doing: following the mining ban in China, mining farms have found a home in the US, where clean energy is mostly used. The road is long, but the challenge is on: Bitcoin is called upon to prove that it can be environmentally friendly.

The post Ban on PoW in the EU: everything postponed appeared first on cryptodailynews24.com.