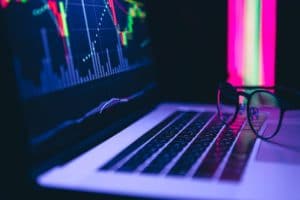 As the Fed prepared to announce a 0.25% interest rate hike to compensate for inflation, the stock markets were giving very good signals.

Fed Day and the stock market

On Tuesday, as well as yesterday, the stock market, although very volatile, showed encouraging signs.

David Zervos, Chief Strategist at Jefferies, told CNBC that he expected the Federal Reserve to be aggressive in the face of the complex US and global situation and that this would understandably affect the fixed income market.

This result sets a record for the last 40 years, as the consumer price index has never reached such heights.

Volodymyr Zelensky, President of Ukraine, spoke to the nation.

In a speech, the Ukrainian leader explained that the state he represents will not join NATO and that a ceasefire seems to be getting closer.

Confirmation also came from the Russian side on behalf of Foreign Minister Sergey Lavrov who told the BBC that:

“There is some hope of reaching a compromise”.

The news positively shocked markets around the world, both stock and non-stock, and is one of the reasons for the good health enjoyed by Wall Street in recent days.

Meanwhile, on the other side of the world, Chinese Vice-Premier Liu He has made it clear that he intends to take measures to protect China’s economy if necessary and that the capital market will not be left behind.

The combination of these statements and those from Eastern Europe have brought new vigour to Hong Kong and Shanghai.

Hong Kong’s Hang Seng, to name but one, closed up 9%, its best performance since October 2008.

Chinese stocks, particularly those in the tech sector, also did well on the New York Stock Exchange, with Alibaba up 21%, JD.com up 28% and Didi up 44%.

Lastly, even the 2.167% rise in 10-year US government bonds was a good sign, while retail sales were down slightly by 0.1%, although they were still positive.

The post The Fed, stock markets and interest rates appeared first on cryptodailynews24.com.