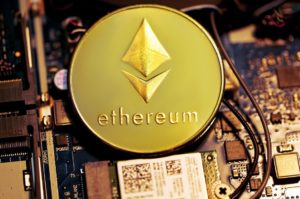 Lubin: Ethereum 2.0 is proceeding as planned

Joe Lubin is one of the co-founders of Ethereum, as well as the CEO of ConsenSys. In December he speculated that the Merge between the new Beacon Chain and Ethereum’s current blockchain would take place in the second quarter of 2022, or at the latest in the third quarter.

The merge for Ethereum 2.0 according to Lubin

Last week, during a chat at the Camp Ethereal crypto event in Wyoming, Lubin confirmed that the process is on schedule.

He said that surprisingly the Merge is happening on schedule, so his estimate remains the same.

The actual final Merge will occur when Ethereum’s current mainnet, which some call Ethereum 1.0, is merged with the new Beacon Chain, bringing Ethereum to version 2.0. To avoid confusion, the Ethereum Foundation has renamed “Ethereum 2.0” to “consensus layer”, while Lubin calls it “consensus chain”.

Ongoing tests before the merge

At present, Beacon Chain, the blockchain of the future consensus layer, does not process real transactions, because these are still only recorded in the current PoW-based blockchain, Ethereum 1.0. The Beacon Chain, on the other hand, is based on PoS and is basically used by validators who are preparing to switch to the new mode.

At the moment, tests are underway that are giving positive results, but more tests are still needed before we can proceed with the final merge. The fact that these tests are proving successful is probably what led Lubin to say that everything is going basically as planned.

At this point, it is possible to imagine that the Merge could take place either by June, or by September 2022, although in the past these predictions have almost always not been met. However, it now seems quite likely that at least the latter will be met, and that the Merge should realistically take place by the end of the year.

What changes with the switch to PoS

Once the Merge has taken place, Ethereum miners will effectively have to stop mining ETH with PoW because they will no longer be adequately rewarded. However, they will be able to become validators of ETH 2.0, i.e. transactions that will be recorded on the Beacon Chain.

According to Lubin, the new “consensus layer” will lead to less energy consumption and a reduction in gas, although some have doubts about the latter claim.

The post Lubin: Ethereum 2.0 is proceeding as planned appeared first on cryptodailynews24.com.