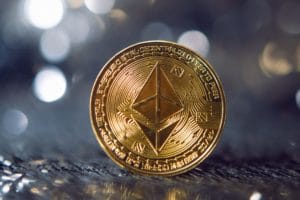 The merge test with Ethereum’s new Beacon Chain on the Kiln testnet was successful.

And it seems to have worked

Post-merge blocks are being produced by validators, and they contain transactions! https://t.co/xearnsuZFp

Problems with the Klin testnet for the transition to Ethereum 2.0

Post-merge blocks are actually produced by validators on Kiln, and contain transactions, though a problem has occurred.

Deleted my previous tweet, it was wrong. The chain *is* still going/finalizing, but the block explorers are behind.

We're seeing some combination(s) of EL/CL clients which are creating invalid blocks, but those show up on the canonical chain as missed slots. https://t.co/wI4OtmBGQY

In fact, some combinations of EL/CL clients have created invalid blocks, but on the canonical chain, they are displayed as missed slots.

On the Kiln Explorer, there are several errors related to the creation of smart contracts.

It seems that the problem is with Prysm, which proposed faulty blocks during the transition to Kiln.

Hey #TestingTheMerge @elbuenmayini and I had a big brain moment today and we figured out why prysm was proposing bad blocks during the transition on Kiln today. A great reminder why we do these testnets! There are a couple of small issues that teams are looking into atm. pic.twitter.com/Gcw29OsYqD

There are a couple of small issues that the teams are looking into. In particular, it was discovered that one block had the wrong base fee for the gas value, and by replacing the incorrect value with the actual value the problem seems to have been resolved.

Testing on Kiln began a few days ago, and this result should be considered positive. Despite the small problems encountered, there is still plenty of time available to complete testing on Kiln and resolve all issues.

Tests for the transition to PoS are underway

The transition to PoS

It is necessary that everything works perfectly, also because when the final merge will be carried out, it will be very difficult to go back.

It is enough to consider that to date there are 116 billion dollars deposited on Ethereum on the DeFi protocols alone, so any problems could cause a real disaster.

For this reason, when the tests on Kiln end with a positive result, the final merge will not be carried out immediately, but first a merge with the Ethereum testnets will be attempted. In this case, if anything should still go wrong, the mainnet will not be affected.

In the current phase, problems are the norm, not the exception, because the Ethereum network is now decidedly complex. It is no coincidence that a first merge testnet has already been used, and a second testnet (Kiln itself) has been tested before attempting to merge the layer 1 Ethereum testnets.

This process as a whole could take another six months or so, with the merge date estimated to be between August and September 2022, if all goes well.