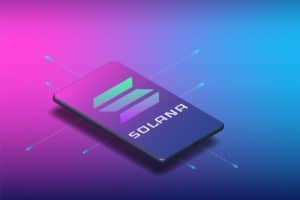 For the past two days, Coinbase, the Nasdaq-listed US exchange, has been offering its users the ability to manage their SPL tokens based on Solana (SOL) using the Solana blockchain extension supported by the exchange.

“Making web3 more user-friendly means more ways to interact and connect with dapps across a wide range of blockchains and networks. Today, we’re introducing our initial phase of support for Solana. Users can now manage their Solana (SOL) and Solana tokens (SPL) alongside their tokens held on all of Coinbase Wallet extension’s supported networks, including Ethereum, Avalanche, Polygon, BNB Chain, and many more. This allows users to unlock more of web3 without needing to manage multiple wallets”,

this is the comment that appears on the exchange’s blog to announce the news to its users.

For the moment, this extension will only be usable on the desktop version. As for the mobile version, the implementation is expected to take place at a later date.

The Coinbase wallet already supports Ethereum, Avalanche, Polygon, BNB Chain, and the addition of Solana makes the platform a competitor to the leading Solana Phantom and Solflare wallets.

“With its low fees and fast transaction times, Solana makes the world of crypto accessible to even more people and is a great introduction to web3. Today’s launch is just the beginning of Coinbase Wallet and the Solana ecosystem coming together”.

In fact, the company announced that it will also extend its support to Solana’s NFTs, which are not included in the extension for now:

“In the coming months, we’ll be adding support for Solana NFTs and the ability for you to connect your wallet to Solana dapps to interact with everything the Solana ecosystem has to offer”,

Solana strengthens with the support of Coinbase

This news further strengthens the Solana blockchain, which has had record rises in 2021, achieving one of the best performances among cryptocurrencies.

According to J.P Morgan analysts, the Solana blockchain, due to its scalability, speed of transactions and low costs, could soon overtake Ethereum in the NFT market.

The latest news on Coinbase

Coinbase has been in the news since its management decided a few days ago to block the accounts of 25,000 Russian users in response to the Kremlin’s attack on Ukraine.

However, in recent days a group of users has filed a lawsuit against the company, accusing it of selling financial products without proper authorization. According to the users, the exchange would have to reimburse customers for losses incurred by trading in these products on Coinbase.

The lawsuit is allegedly supported by the attitude adopted in recent months by SEC chairman Gary Gensler, who has always been critical of the world of cryptocurrencies, which have been compared to a sort of Wild West.