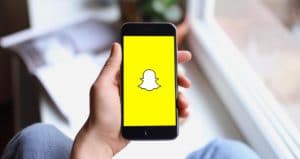 The Snapchat social network has announced that it has added a new AR (Augmented Reality) feature to allow users to build “Custom Landmakers”. The option, which animates monuments and city storefronts in real time, can be accessed on Lens Studio.

Snapchat has reportedly added a new feature that can create AR experiences in the world around the user, creating Custom Landmakers.

Basically, creators will be able to use Lens Studio to tell their own stories which, with Augmented Reality technology, become richer in detail such as animating landmarks and city storefronts.

Custom Landmarkers can be discovered through physical Snapcodes at the landmark, or on a Lens Creator’s profile. Snapchat’s moderation team will approve or not approve which ones can be published, to ensure compliance.

In this regard, Snapchat provides the following explanation on the announcement:

“As we continue to evolve our augmented reality platform, we want to ensure the experiences creators make ultimately support the wellbeing of our community and improve the ways they relate to the world around them”.

Snapchat and the progress of Snap AR for building Custom Landmakers

The social network has described its latest partnerships specifically to communicate to its users how much it cares about the progress of the Snap AR platform.

In 2019, Snapchat reportedly began with templates of 30 globally loved sites on which creators could use AR anchored to iconic structures, to create, for example, the Gateway of India and the Great Sphinx of Giza in Egypt.

Soon after, the scope expanded to larger areas, such as entire city blocks and squares, and 2020 saw the introduction of Local Lenses, with which users could spray AR paint on buildings in London’s Carnaby Street, for example.

The last collaboration before Custom Landers, was between Snapchat and the UK’s Black Cultural Archives and Kugali Media to showcase the moments, figures and stories of black British history that lie behind Trafalgar Square.

Following this path, Snapchat is now allowing its creators to use AR to animate custom landmarks.

Social networks increasingly open to technology: the case of Instagram and NFTs

Social network platforms are increasingly opening up to technology. Today Snapchat with its Custom Landmaker with AR experiences, while yesterday, Instagram, with the confirmation by Meta CEO Mark Zuckerberg that NFTs will soon be introduced.

According to reports, Zuckerberg revealed that the company is working on a new feature whereby users will be able to view NFTs on Instagram and even mint them in the app.

The company’s goal seems to be to grant more monetization possibilities to creators, thanks to NFTs on Instagram, making the technology ever more accessible to everyone.