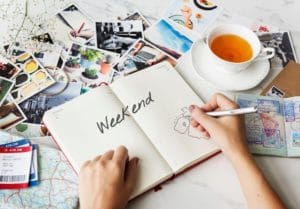 Last summer, the unicorn technology start-up Bolt, the first of the big Silicon Valley companies, decided to make the possibility of a four-day short working week permanent for its employees.

The short working week in the world

Since the war, the number of working hours per week has fallen steadily in all OECD countries, but now American technology companies are trying to add another step to their policy of making work as smart and convenient as possible for their employees.

The basic idea behind the plan to reduce working hours is that of “work-sharing”, i.e. an increase in the number of people engaged and above all greater efficiency in terms of the productivity of the hours worked.

In Belgium, they are discussing reducing the working week but not the number of hours worked, by extending the daily working time to 9.5 hours, and the same is being done in Iceland and Scotland.

Many companies are opting for the short workweek

The short working week in Silicon Valley and beyond

In Spain, Desigual, the Spanish fashion giant, asked its employees last year to vote to approve a proposed 4-day short working week, with a 6.5% cut in wages.

The response was surprising: almost 86% of the 500 employees interviewed at the company’s Barcelona headquarters voted in favour of the plan.

The American e-commerce company Bolt, after instituting the short working week, carried out a survey among its employees to find out their impressions. 84% of employees said they were more productive and 86% said they were more efficient with their time. Meanwhile, 84% saw an improvement in their work-life balance. In other words, a success across the board.

At software company Wildbit, most employees are disconnected on Fridays, effectively operating a short week. Natalie Nagele, CEO of the company, said that the company is moving towards a complete redefinition of working hours. The desire would be for employees to understand when to say “enough” and log off for the day or weekend, regardless of how much time they spent working in a day.

The e-commerce company Shopify has launched 32-hour weeks in July and August.  During those months, Fridays are designated to “rest and spend time with your family,” Shopify communications manager Rebecca Feigelsohn told Protocol.  The manager also said the company has not decided whether or not it will continue the policy in the coming years.