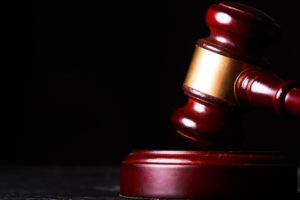 Ripple-SEC lawsuit and the two denied motions: what is it all about?

On 11 March 2022, Judge Annalisa Torres of the US District Court for the Southern District of New York issued two rulings on the motions filed in the Ripple-SEC case.

CEO of Ripple, Brad Garlinghouse, immediately commented on one of the rulings on Twitter, re-tweeting the post by Ripple’s general counsel, Stuart Alderoty:

And while we would have preferred the cases against Chris and me to end now, the SEC must now prove its claims. We are confident that ultimately all of them will be dismissed.

B.G: “If you weren’t paying attention then, you should be now. Huge win for Ripple today!”

S.A: “Today’s order makes it clear there’s a serious question whether the SEC ever provided Ripple with fair notice that its distributions of XRP – since 2013 – would ever be prohibited under the securities law”.

B.G: “And while we would have preferred the cases against Chris and me to end now, the SEC must now prove its claims. We are confident that ultimately all of them will be dismissed”.

In essence, Ripple is celebrating its victory following Judge Torres’ ruling rejecting the SEC’s motion against a defence taken by Ripple. This involves the defence that Ripple allegedly argued that the SEC’s notice of allegations of unauthorized issuance of a financial security was inadequate, thus proceeding with an unfair and due process. With this denial to the SEC, Ripple will be able to use this defence to win the case.

The lawsuit between Ripple and the SEC continues

For the second ruling, also issued by Judge Torres on March 11, 2022, Garlinghouse has not yet expressed any opinion. And, in fact, it is precisely the denial of a motion by Ripple against the SEC.

The judge denied a motion by Garlinghouse and Chris Larsen, Executive Chairman, to dismiss the lawsuit against them for allegedly aiding and abetting the sale of unregistered securities.

The Ripple-SEC lawsuit thus continues its journey with attorney Jeremy Hogan reportedly saying earlier this month that the deadline for this never-ending trial could be next September.

Hogan, an XRP-friendly lawyer, showed a court order that would show Ripple‘s request regarding the long-running lawsuit brought by the US Security Exchange Commission and predicting that summary judgement will expire in September.

The post Ripple-SEC case: first motions denied for both appeared first on cryptodailynews24.com.