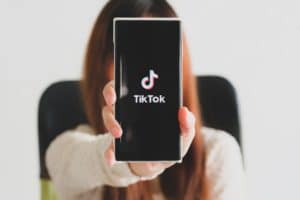 Oracle will retain TikTok user data in the US

TikTok will continue to exist in the US, but user data will be retained by Oracle and will not cross US borders. In theory.

US, the agreement with Oracle for TikTok

According to Reuters, TikTok is close to reaching an agreement with Oracle to store user data without passing them on to the Chinese company that owns the social network ByteDance.

This could resolve a crisis that arose under Donald Trump’s administration, which wanted to ban the social network that is so popular with teenagers in the United States.

Although the terms of the agreement are not yet clear, what emerges is that Oracle will store the data of US users, which will be entrusted to a specialized team that will prevent access to ByteDance. How all this will happen in practice remains to be seen. Also because it will have to be established whether this team will be under the management of TikTok or directly controlled by some US authority.

The propaganda of the war also passes through TikTok

The significance of TikTok for the United States

The United States seems concerned about the risks that foreign applications might get their hands on the sensitive data of US citizens. Not least because the war between Russia and Ukraine has once again confirmed how social media can become a useful propaganda tool. So the argument for the US government is simple: foreign companies should not be allowed to operate so freely.

The US certainly acknowledges the significance of TikTok, so much so that, according to rumours, a summit was held in the White House where 30 influencers were told how to report on the Russia-Ukraine war on the social network so beloved by teenagers.

After shutting down Instagram, Russia is making use of TikTok to spread propaganda. It would appear that in the last 10 months Moscow has contacted and financed over 500 influencers to tell the Kremlin’s version of the clash with Ukraine.

The indiscretion, reported by Vice, says that everything happened by coordinating on a Telegram channel in which videos, hashtags to use and instructions on when to publish them are shared. This activity is said to have continued even after TikTok allegedly prevented Russian users from uploading new videos. This “ban” of TikTok has nothing to do with the decisions of the social networks made in the US: on the contrary, the Chinese social network only wants to protect its users from the risk of being sentenced to 15 years in prison for spreading fake news, as provided for by one of the latest laws passed in Russia.

It is quite clear that governments are realizing that the way of waging war has also changed: social networks guarantee a global involvement, in which users are able to see what is happening and make up their own minds. For this reason, war and international tensions nowadays cannot do without co-protagonists: social networks.

The post Oracle will retain TikTok user data in the US appeared first on cryptodailynews24.com.