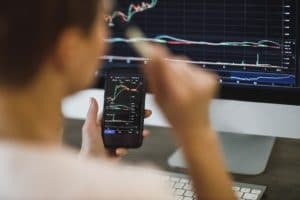 A recent report by Prime XBT reveals that the current trading opportunities in the crypto markets are very limited, due to the widespread risk aversion caused by the conflict between Russia and Ukraine.

Nevertheless, the start of economic and financial sanctions against Russia has led to a certain increase in capital inflows into the crypto markets.

In fact, as of the day after sanctions were imposed on Russia, investment products in digital assets have seen inflows totaling $127 million. It seems that some investors are choosing digital assets perhaps to protect themselves from currency fluctuations. The largest inflows came from Bitcoin-based products, with $95 million, the largest single weekly inflow since the beginning of December.

However, while crypto funds are waking up, sentiment in the spot market remains undecided.

According to Prime XBT’s report, there would be no signs of accumulation, so much so that the crypto market would currently be in the distribution phase.

The week began with Bitcoin’s price testing support at $37,180, and then following a bullish movement. Ethereum followed closely behind Bitcoin with a similar movement.

The report also states that the number of short positions is increasing, although in reality, the price of BTC seems to be managing to stay above $38,000. The fact is that last Friday a large number of BTC exited the largest crypto exchange in the US, Coinbase, suggesting that supply is not increasing.

Moreover, smaller whales, namely those holding between 10 and 100 BTC, have been acquiring more Bitcoin since mid-February, although such an argument cannot be made for ETH as well.

Indeed, perhaps a portion of the DeFi market is migrating to the Terra ecosystem, as the TVL on the Ethereum blockchain is reportedly steadily declining, while that on Terra is increasing by roughly the same amount.

According to Prime XBT, the Terra ecosystem, with the LUNA cryptocurrency, is becoming increasingly popular, while this could be the beginning of difficult times for Ethereum.

It is enough to remember that in the last seven days the price of LUNA has increased by 16%, while that of ETH only by 1.6%.