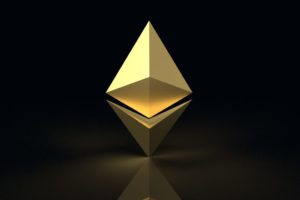 Goldman Sachs allows its clients to invest in Ethereum

Goldman Sachs is offering its interested clients the opportunity to invest in the Ethereum (ETH) fund managed by Galaxy Digital.

This was revealed by the bank itself in a recent document filed with the SEC.

The Goldman Sachs document explicitly mentions the Galaxy Institutional Ethereum Fund, which is a fund that allows people to gain exposure to the price of ETH without having to buy tokens directly.

Galaxy Digital‘s fund is regulated, so it also allows those with stringent regulatory requirements to gain exposure, hence it is no coincidence that it was chosen by Goldman Sachs for its clients.

Goldman Sachs will receive deposits from its interested clients, if any, and invest them on their behalf and at their request in the Ethereum fund of Galaxy Digital.

Goldman Sachs allows its clients to invest in Ethereum

The bank had previously used other Galaxy Digital services, in particular those related to Bitcoin futures.

In recent months, Goldman Sachs had reopened its cryptocurrency trading desk for its clients, which includes ETH. According to rumours, the bank is also interested in offering its clients the possibility to trade bilateral over-the-counter options on cryptocurrencies, but this has not been confirmed to date.

The bank’s interest in cryptocurrencies, and in particular crypto services for its clients, is now quite clear, to the point that even its top management seems to be very much involved.

For instance, the chairman Llyod Blankfein recently tweeted about the need to keep an open mind on cryptocurrencies.

Keeping an open mind about crypto, but given the inflating US dollar and the stark reminder that governments can and will under certain circumstances freeze accounts and block payments, wouldn’t you think crypto would be having a moment now? Not seeing it in the price, so far….

In particular he claims that the interest in cryptocurrencies is useful at the moment because of the inflation figures in the US, and the fact that it is now clear that governments can block funds and payments in fiat currencies, whereas they cannot do the same with cryptocurrencies (if stored in non-custodial wallets).

It is therefore not just a matter of pure speculation, but also something to do with the technological innovation that cryptocurrencies bring to the monetary system, which has evolved very slowly for too long.

The post Goldman Sachs allows its clients to invest in Ethereum appeared first on cryptodailynews24.com.