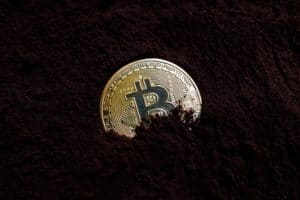 It has been speculated for years now that sooner or later the market capitalization of ETH (Ethereum) will overtake that of BTC (Bitcoin).

The capitalization of Ethereum and Bitcoin between the halvings

This time it is the turn of crypto analyst Nicholas Merten, according to whom an overtaking would still be a major possibility in this same market cycle.

The crypto market cycles follow those of Bitcoin, which are in turn marked by halvings. The current one is the fourth cycle, which began on 11 May 2021 with the third halving.

In the previous cycles, ETH’s market capitalization never managed to surpass that of BTC, although at least on one occasion it came relatively close.

At the time, the difference was only 20% of BTC’s market capitalization.

That was the third cycle, which began in July 2016 and ended precisely in May last year. Now, for example, the market capitalization of BTC is more than double that of ETH.

According to Merten, although many people think that the eventual overtaking is far away, Ethereum would “only need” a jump of between +80% +100% to make it happen, but this would have to be accompanied by a drop in the price of Bitcoin.

However, Merten adds that any overtaking could be short-lived.

In fact, looking at the past, almost always after a strong and rapid rise in the price of ETH there has been a fall. In addition, ETH price declines are often more pronounced than those of BTC, although the same discrepancy can be seen in growth phases.

Furthermore, according to Merten, the ETH/BTC chart would still look bullish, with the potential to rise from the current 0.06618 BTC per ETH to 0.16 BTC by the end of 2022.

It is worth adding that, to date, the numerous forecasts that predicted Ethereum’s overtaking of Bitcoin have always been wrong.

The post When will Ethereum (ETH) overtake Bitcoin (BTC)? appeared first on cryptodailynews24.com.